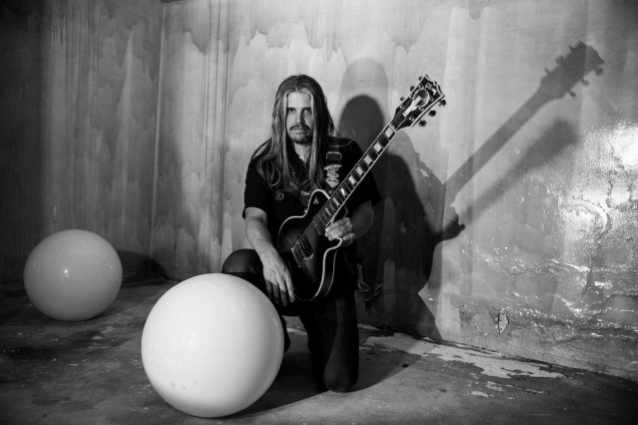 Gibson and TOOL's Adam Jones have announced their next collaboration in the collection with the Adam Jones 1979V2 Les Paul Custom from Gibson Custom Shop.

The multi-platinum-selling and four-time Grammy Award-winning musician is one of rock's most talented and sonically innovative guitarists. The new Adam Jones 1979V2 Les Paul Custom is a new take on Adam's No. 1 guitar, his prized original Silverburst 1979 Gibson Les Paul.

The Adam Jones 1979V2 Les Paul Custom is a limited-edition guitar offering from Gibson Custom Shop Murphy Lab that pays tribute to what Adam calls "one of my top favorite guitars of all time," seen everywhere during the world tour for TOOL's blockbuster "Fear Inoculum" album, which became one of the highest selling albums of 2019. Featuring a Gibson Custom Shop Murphy Lab lightly-aged Antiqued Silverburst finish, the guitar offers a new take Adam's original with custom artwork — designed by artist Korin Faught — on the rear of the headstock. Included in the guitar package is a removeable headstock mirror, just like Adam's. A limited offering of 79 Adam Jones 1979V2 Les Paul Custom guitars have been signed and numbered by Adam himself. In 2022, Adam will be seen on tour with TOOL playing his own 1979V2 guitar.

One of rock's most talented artists, Jones is renowned as the guitarist for the band TOOL, as well as his work as a visual artist, sculptor, videographer, producer, and special effects designer ("Jurassic Park", "Terminator 2", "Edward Scissorhands", "Ghostbusters 2", "Batman 2", "A Nightmare On Elm Street"). Adam was heavily involved in re-creating the new guitar, working with Gibson's luthiers in Nashville, Tennessee. Utilizing his extensive experience in visual art, special effects and design, Jones is both the director of the majority of TOOL's music videos and creates the visual experience on stage for the band. For the world premiere of the new Gibson Custom Shop Adam Jones Les Paul Custom, a special animated short film, "The Witness", was created and scored by Adam and mixed by Joe Barresi. 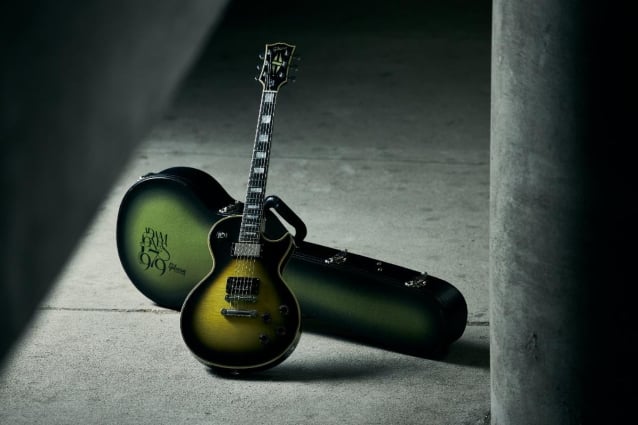