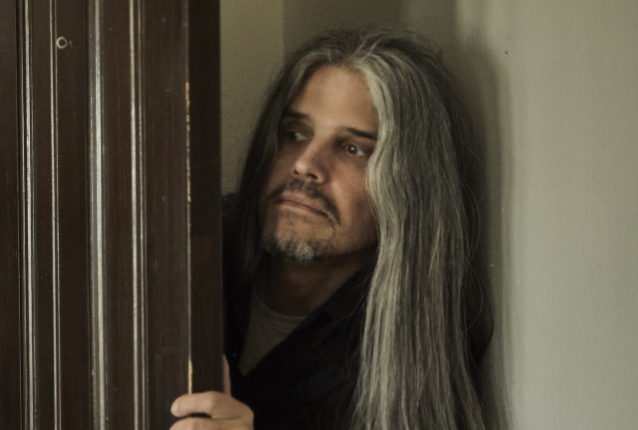 A pallet of new Gibson Adam Jones 1979 Les Paul Custom Silverburst guitars has been stolen from a Sweetwater Music truck at the Flying J Travel Center in Whiteland, Indiana on October 30. The truck was en route to Fort Wayne, Indiana, the headquarters of Sweetwater Sound.

"Somehow out of a truck full of guitars, this ONE pallet was singled out and stolen at a truck stop," says Sweetwater chief supply chain and merchandising officer Phil Rich. "Totaling close to $95,000 in guitars, we feel this person/s knew exactly what to look for and when."

"These guitars were the dream guitars of 13 Gibson and Adam Jones fans, who had been patiently waiting for them to be delivered," says Cesar Gueikian of Gibson. "We have decided to publish the serial numbers of the 13 stolen guitars and are appealing to all of Gibson's fans to keep an eye out for them and let us know if they surface. Our fans should ask any third-party sellers for a serial number before purchasing to be sure they are not being sold one of the stolen guitars."

Anyone with information regarding the guitars should contact detective Kenny Polley of the Whiteland Police Department at [email protected] or (317) 535-8100.

"Our loyal customers have been waiting a long time to receive these guitars and will be devastated," says David Fuhr, SVP of The Sweetwater Experience. "We hope Gibson and Sweetwater's tight-knit community of guitarists will be able to help us recover the stolen items and that the people responsible for the theft are caught."

As announced last week, Gibson and Adam Jones of the band TOOL launched a multi-year partnership and collaboration which premiered on October 27 with the new Adam Jones 1979 Les Paul Custom guitar, a limited-edition guitar from Gibson Custom Shop Murphy Lab that exactly recreates Adam's No. 1 guitar, his prized original Silverburst 1979 Gibson Les Paul. Upon release, all of the guitars immediately sold out worldwide.

The Adam Jones 1979 Les Paul Custom is a limited-edition guitar offering from Gibson Custom Shop Murphy Lab that exactly recreates Adam's No. 1 guitar, his prized original Silverburst 1979 Gibson Les Paul, seen everywhere during the world tour for TOOL's blockbuster "Fear Inoculum" album, which became one of the highest-selling albums of 2019. A limited offering of 79 Adam Jones 1979 Les Paul Custom replicas have been precisely aged by the expert luthiers and craftspeople of the Gibson Custom Shop Murphy Lab — led by Tom Murphy — then signed and numbered by Adam himself. An additional 179 Adam Jones Les Paul Custom replicas for 2020 feature exclusive silkscreen artwork on the back of the headstock, created by Joyce Su and Adam. The two also collaborated on the design for the custom hardshell guitar cases housing each instrument.

Each Adam Jones 1979 Les Paul Custom replicates not only the look, but the exact feel of the neck profile down to the unique electronics of Adam's original — like a hand-wound Seymour Duncan Distortion bridge pickup, a Dimarzio volume potentiometer, and custom capacitors. Even the diamond-shaped strap buttons seen on Adam's original guitar were painstakingly recreated, as well as the mirror he affixed to the headstock — included with each.

One of rock's most talented artists, Adam is renowned as the guitarist for the multiplatinum and multiple Grammy Award-winning band TOOL, as well as his work as a visual artist, sculptor, videographer, producer, and special effects designer ("Jurassic Park", "Terminator 2", "Edward Scissorhands", "Ghostbusters 2", "Batman 2", "A Nightmare On Elm Street"). Adam was heavily involved in re-creating the new guitar, working with Gibson's luthiers in Nashville, Tennessee to ensure the instrument was a clone of his No. 1 guitar. Utilizing his extensive experience in visual art, special effects and design, Adam Jones is both the director of the majority of TOOL's music videos and creates the visual experience on stage for the band. 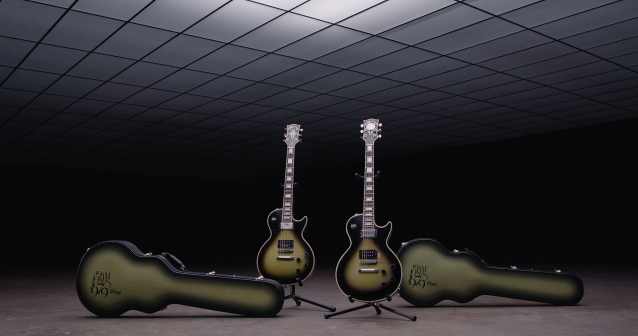 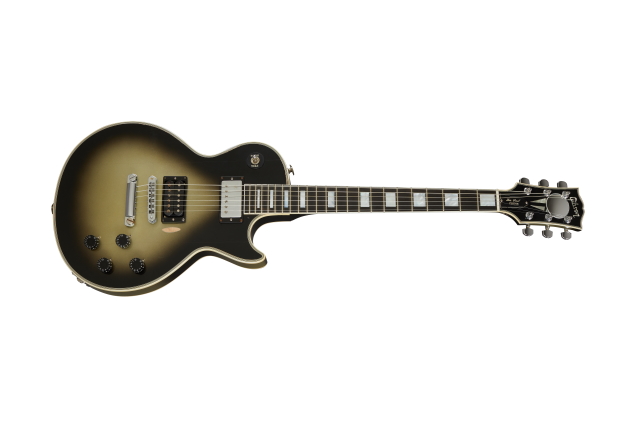