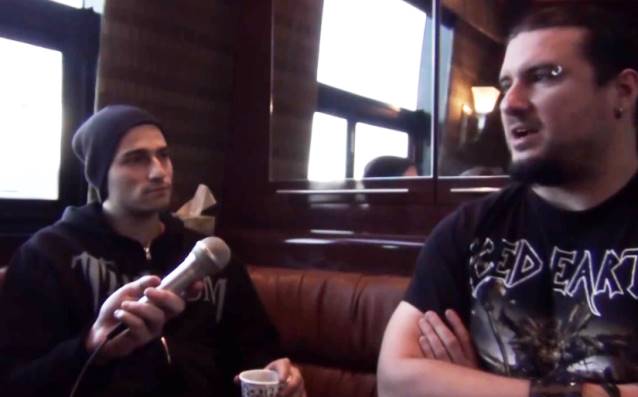 On October 11, Bradford W. Skelley of Rock Revolt magazine conducted an interview with bassist Paolo Gregoletto and guitarist Corey Beaulieu of Florida metallers TRIVIUM in Wichita, Kansas. You can now watch the chat below.