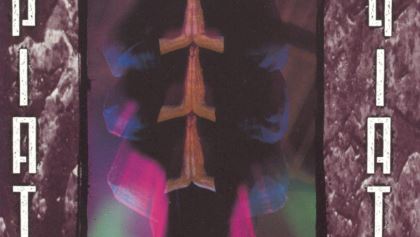 According to The Pulse Of Radio, an undetermined number of U2 fans in the U.K. who picked up a vinyl copy of the band's latest album, "Songs Of Innocence", as a Record Store Day exclusive on Saturday (April 18) got a surprise: instead of getting the Irish supergroup's current effort, they instead found themselves in possession of a copy of TOOL's 1992 debut EP, "Opiate" — which wasn't even part of the Record Store Day lineup of items.

The error was reported by several users on Twitter, which led to one person joking, "I can see why U2 fans feel shortchanged getting a TOOL EP instead of their U2 album. They normally get four tools for the price of one."

It's not clear how many copies of the U2 album were affected, but one U.K. label manager said "a good chunk" were "sleeved at the wrong pressing plant."

"Songs Of Innocence" was released last fall and was initially issued as a free download into every iTunes account in the world.

The backlash against what many perceived as an unwanted intrusion into their iTunes accounts led Apple and U2 to apologize, with the former issuing instructions on how to remove the album from one's account.

There's no word yet on how fans can exchange or return their copies of the TOOL EP, although such pressings have been known to become collector's items.

@RSDUK seems there's a couple of #U2#RSD15 misprints about - some have a Tool EP inside! pic.twitter.com/wKFFFuR9W6