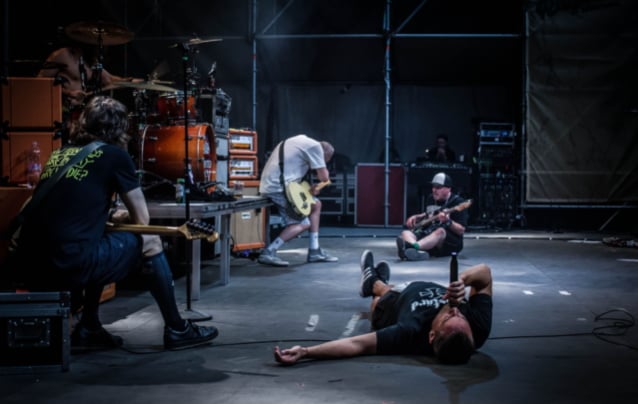 UGLY KID JOE will release a new studio album, "Rad Wings Of Destiny", on October 21. The official music video for the LP's second single, "Kill The Pain", can be seen below. This epic track shows a darker, rawer side to UGLY KID JOE, with the lyrics focusing on the battle of addiction and the daily struggle to stop.

"The lyrics are written from the perspective of peer pressure and outside influences that keep so many people from getting clean," comments guitarist Dave Fortman. "The line 'beautiful we lay here under the sky, watching the loneliness die' always felt like the perfect metaphor for me to define this song. Kill the pain and if only for a moment, end the suffering of addiction." 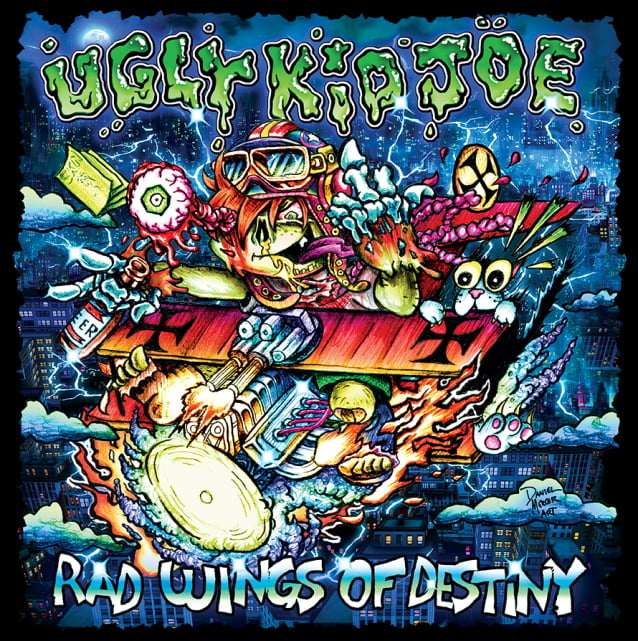