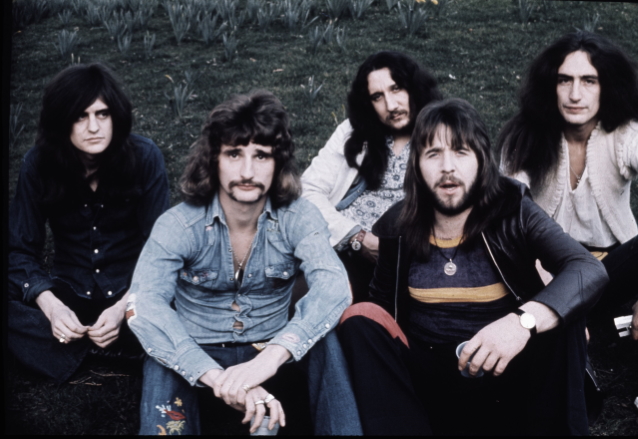 URIAH HEEP: 'Every Day Rocks' Box Set Due In September

The ambitious and beautifully presented "Every Day Rocks" box set includes the first seven albums on picture disc, plus seven accompanying t-shirts (one for every day of the week),corresponding art cards feature motivational lyrics and a calendar wall planner for planning the week's Uriah Heep listening. These albums are available officially for the first time as picture discs and the albums; "Demons And Wizards" and "The Magician's Birthday" feature both reimagined and original artwork by renowned fantasy artist Roger Dean.

URIAH HEEP guitarist Mick Box states: "Along with BMG, we wanted to do something extra special for our fans which will give them a piece of HEEP love every single day of the week. Our first seven albums will be put on to picture disc, and there will be a t-shirt for each album to wear for each day of the week. We have also included a yearly wall planner, so that you can plan your listening or just make some notes on how the albums make you feel. This way you can keep on Heepin' on! 'Appy days!"

Evoking an era when prog, hard rock and heavy metal co-existed in an era of glorious, boundary-breaking music, URIAH HEEP rose from inexperienced studio musicians with everything to prove to bona fide limo inhabiting rock stars.

After selling over 40 million albums worldwide, over the years URIAH HEEP has influenced many different metal bands around the globe, among the most popular being DIO. Bands including A-HA, KING DIAMOND, KROKUS, DEMONS & WIZARDS, FIFTH ANGEL and Axel Rudi Pell have all cited URIAH HEEP as a band of personal influence, while W.A.S.P., TESLA and BLACKMORE'S NIGHT have all covered the band's songs.

URIAH HEEP continues to tour until this day with founding member Mick Box. 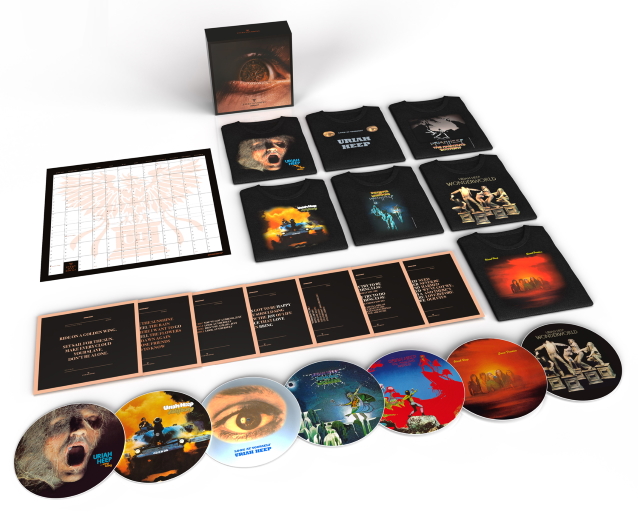