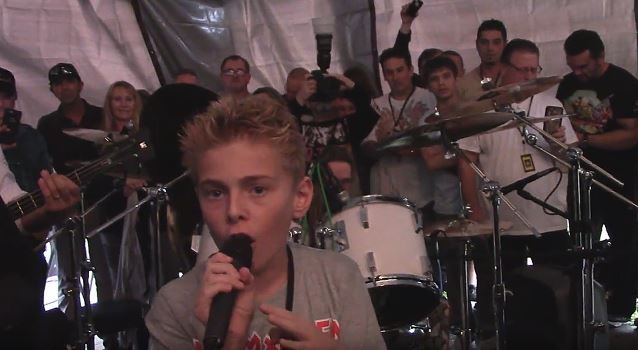 10-year-old IRON MAIDEN fan Devin Shattuck joined THE MCBRAINIACS, the band featuring IRON MAIDEN drummer Nicko McBrain, to perform the MAIDEN classic "Flight Of Icarus" at an event in Florida this past weekend. The performance took place at the sixth-anniversary celebration for Rock N Roll Ribs, the barbecue restaurant owned by McBrain and close friend Mitch Tanne, in Coral Springs.

As the youngest member of the School Of Rock Coral Springs house band, Shattuck performs at many local events. He has been singing since age 3 and playing drums since age 4.

Video footage of Shattuck singing "Flight Of Icarus" with THE MCBRAINIACS can be seen below. 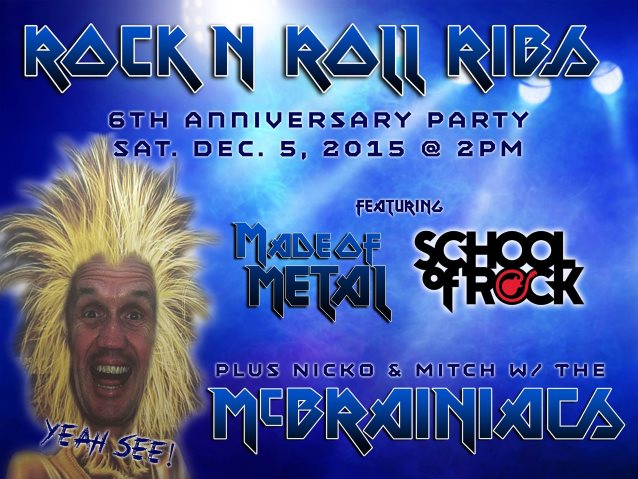