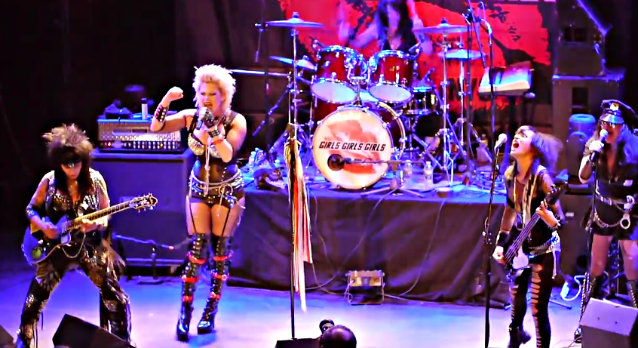 Fan-filmed video footage of GIRLS GIRLS GIRLS, the world's first all-girl tribute to MÖTLEY CRÜE, performing on January 4 at The Bowery Ballroom in New York City can be seen below.

GIRLS GIRLS GIRLS hails from New York City and has taken the world by storm since its breakout performance at a New Jersey strip club in 2007. The band consists of four dynamic women whose energies explode when hitting the stage. Blonde heartthrob and frontwoman Vixen Neil charms and captivates audiences with her fierce vocals and outrageous stage antics. Mercedes Mars, an accomplished musician from years on the New York City metal and punk scene, commands the lead solos with ease and finesse. Tiny powerhouse Tawny Lee provides the hard and steady backbone on drums, while occasionally wooing the crowd on other songs that call for keys or rhythm guitar. California newcomer Lucky Sixx puts the bad-ass in bass while stealing your heart.

GIRLS GIRLS GIRLS covers all eras of MÖTLEY CRÜE while embodying the same decadence and spirit of rock that the world's most notorious rock band made famous — every show is a party!! Expect all the same dirty, old-school rock'n'roll fire and excitement of the live CRÜE, but amped up with a little more hairspray and higher heels. 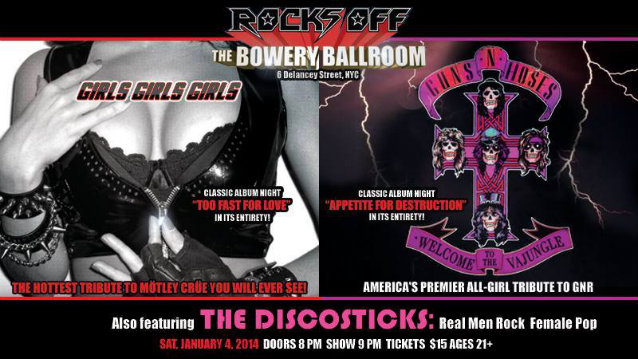