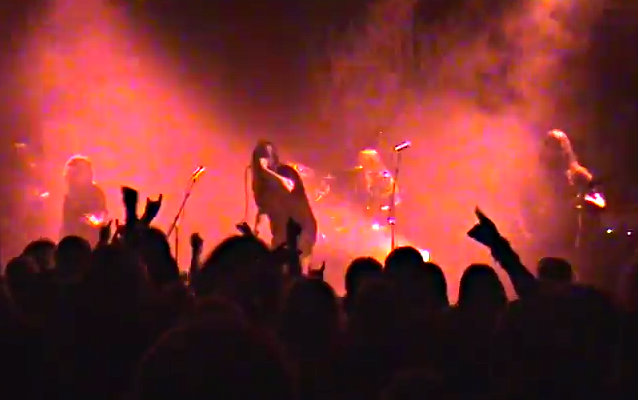 Johan Hegg (AMON AMARTH),Lars Göran Petrov (ENTOMBED) and Tomas Lindberg (AT THE GATES, THE GREAT DECEIVER, LOCKUP, DISFEAR, THE CROWN) joined Swedish death metallers VOMITORY on stage at the band's last-ever show on December 27, 2013 at Metal Clüb / Nöjesfabriken in Karlstad, Sweden. Fan-filmed video footage of the concert can be seen below.