In addition to "Divine Termination", CHICKENFOOT's first new tune in five years, "Best + Live" includes over 90 minutes of live music for the first time released on CD. Also featured on the set is CHICKENFOOT's cover version of the DEEP PURPLE classic "Highway Star".

A video clip of CHICKENFOOT performing "Highway Star" at the historic Fillmore in San Francisco during the band's debut run of shows in small clubs in May 2009 can be seen below.

In May 2016, CHICKENFOOT reunited for two highly-anticipated one-time shows at Harrah's Lake Tahoe, and played their first complete set in more than six years, along with a special unveiling of the new tune "Divine Termination". Satriani describes the track as "bone-crunching, hell-raising rock, dripping with attitude and vibe. Just the way CHICKENFOOT likes it!" 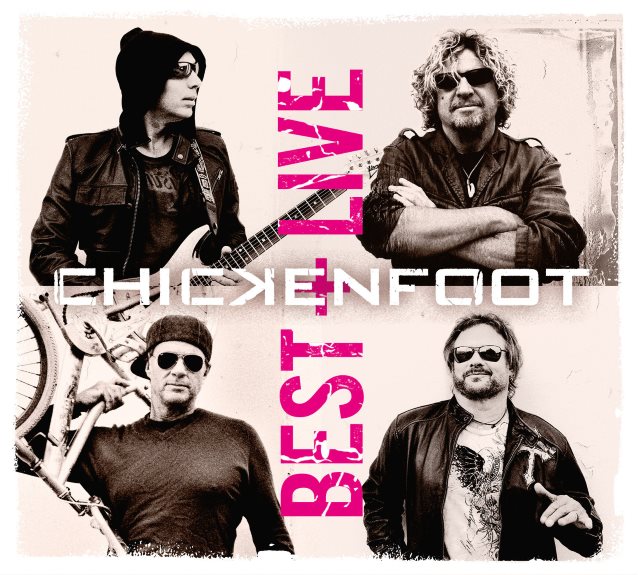