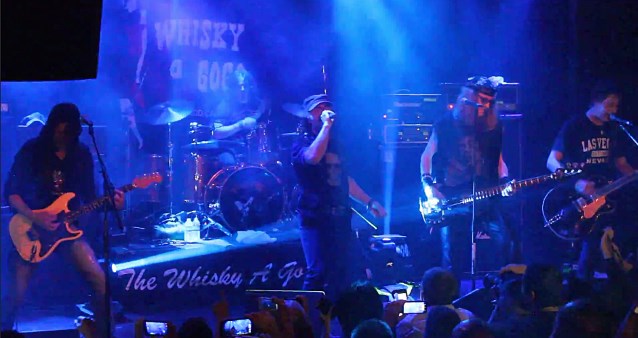 Video: KROKUS Performs 'Screaming In The Night' At Whisky A Go Go

Video footage of Swiss rockers KROKUS performing their classic song "Screaming In The Night" on May 6 at the Whisky A Go Go in West Hollywood, California can be seen below.

KROKUS's U.S. tour kicked off on Monsters Of Rock cruise and continued through a series of cities, ending at the Whisky A Go Go.