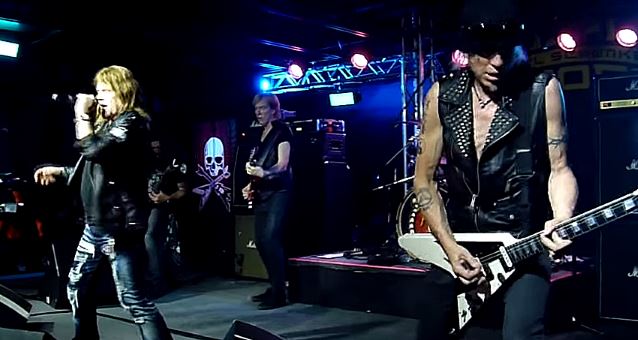 Arthur of Singular Vision Productions has uploaded a two-camera mix of MICHAEL SCHENKER'S TEMPLE OF ROCK performing the SCORPIONS classic "Blackout" on April 26 at Freakster's Roadhouse in Pontiac, Illinois. Check it out below.