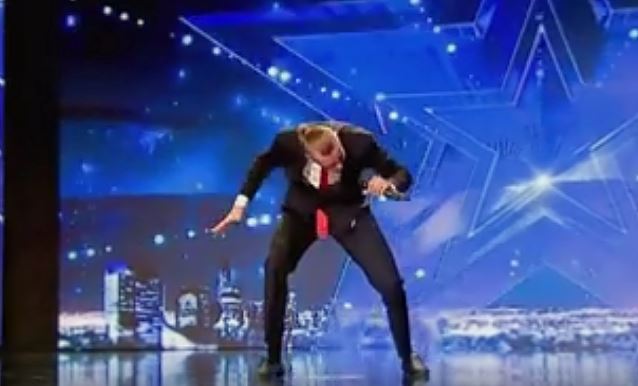 A contestant on the Romanian reality competition series "Românii Au Talent" (English-language translation: "Romanians Have Talent") surprised the judges last week by performing the song "Unanswered" by SUICIDE SILENCE. You can watch video footage of his appearance below.

Vadim Balaban, who is 19 years old, hails from Moldova, a former Soviet republic.

Moldova is said to be one of Europe's poorest countries, with an average monthly salary of just 220 euros ($245).

The original version of "Unanswered" can be found on SUICIDE SILENCE's debut album, "The Cleansing", which is was released in September 2007 through Century Media Records. It debuted at No. 94 on The Billboard 200 chart with first-week sales of 7,250 copies, making it one of the best-selling debut albums in Century Media history.

The judges didn't expect that for sure!

Not slam related but lmao. When someone covers Suicide Silence at a talent show. The judges didn't expect that for sure!