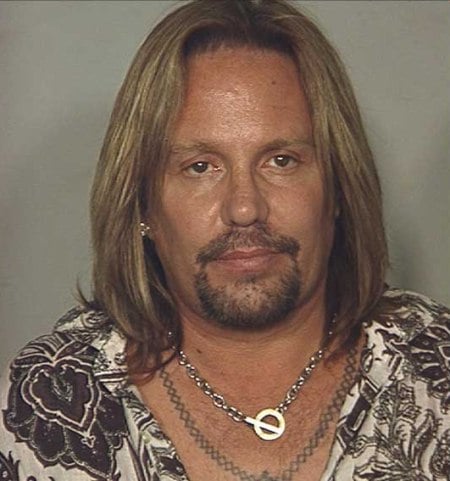 MÖTLEY CRÜE singer Vince Neil told People.com that he has "already learned [his] lesson" after he took a plea deal stemming from his arrest last June for drunk driving on the Las Vegas strip.

"I made a mistake, and I have to finally learn my lesson and go do a little bit of time," Neil told People.com. "I've already learned my lesson."

Of his arrest, Neil said, "I just have to move on and get past it and get it behind me."

As previously reported, Neil owes more than $1 million in unpaid federal taxes, according to the Detroit News. The I.R.S. filed a $740,000 lien against Neil and his wife Lia last April, with a further request for $371,000 in back income taxes filed against the couple this past December. That brought Neil's total tax bill to more than $1.1. million.

The address on the lien is Neil's 6,800-square-foot mansion in Las Vegas, which was featured on the MTV series "Cribs".

Neil was convicted of vehicular manslaughter and driving under the influence in 1984 after he caused a car crash that killed his passenger, HANOI ROCKS drummer Nicholas "Razzle" Dingley, and seriously injured two people in a second vehicle. He served 30 days in jail and was on probation for five years.