Cleopatra Entertainment has set an October 27 U.S. theatrical opening for "Halloween Pussy Trap Kill! Kill!", a new thriller about an all-girl rock and roll band that ventures out to play its biggest show to date, only to end up trapped in a Halloween hell house. The film stars Sara Malakul Lane, Richard Grieco, Demetrius Stear, Academy Award winner Margaret O'Brien and features the voice of Dave Mustaine from MEGADETH rounding out the cast.

The movie follows the group KILL PUSSY KILL, which sets out to play a major show on Halloween night. However, before hitting the road, they manage to upset a stranger who turns out to be an evil genius dead set on revenge. The girls are unwittingly lured into the genius's hell house and find themselves trapped inside an inescapable room filled with a vicious variety of deadly devices. The rules of escaping are simple: advance through all three rooms and you are allowed to go free. The catch is, in order to make it to the next room, someone must die.

"Halloween Pussy Trap Kill! Kill!" is written and directed by Jared Cohn ("The Horde", "Devil's Domain", "The Domicile") and is produced by Brian Perera for Cleopatra Entertainment. The global VOD date has been set for Halloween night, October 31.

The soundtrack, featuring music by Jyrki 69, MINISTRY, DESCARTES A KANT, EGRETS ON ERGOT, THE ANIX, INHALT and GRYPT, is now available for purchase. 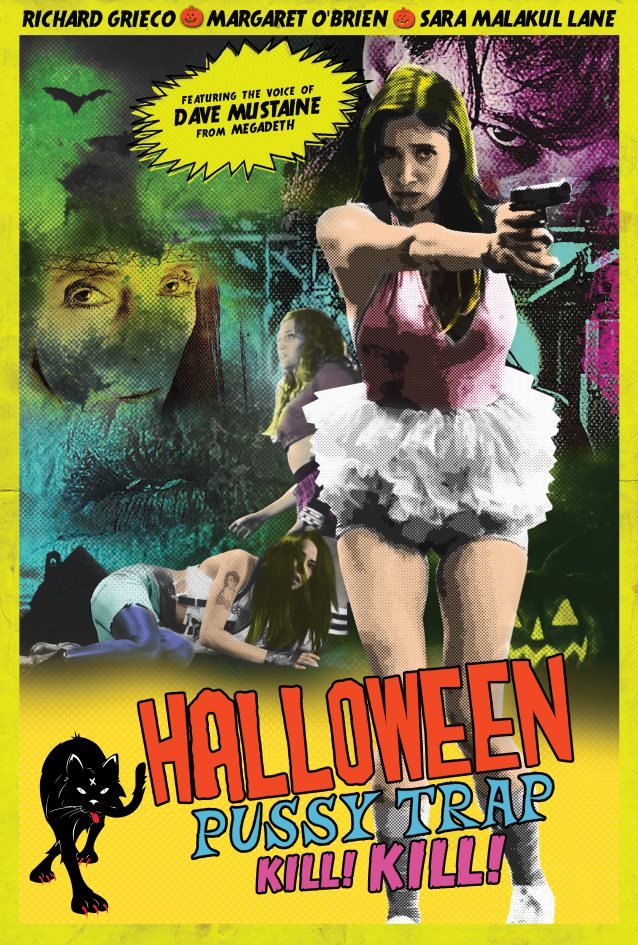