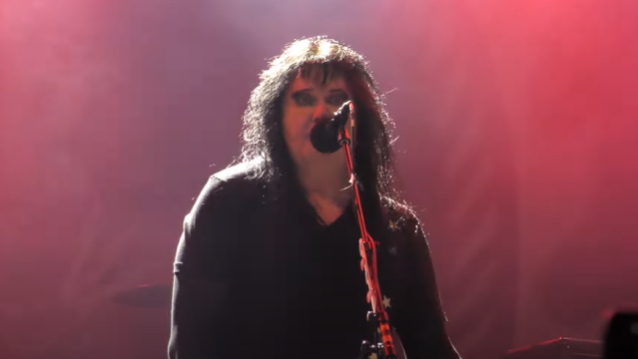 W.A.S.P.'s BLACKIE LAWLESS: 'The Thoughts Of Retirement Just Don't Appeal To Me'

Ahead of W.A.S.P.'s 40th-anniversary fall 2022 U.S. tour, frontman Blackie Lawless told Ultimate Classic Rock that he has no intention to retire anytime soon.

"I don't think of age as a number," he said. "I think it's how you feel, and I still feel like I'm in my 20s. I feel really good. I can do most everything I've ever done, so I feel pretty good about where I'm at.

"The thoughts of retirement just don't appeal to me," he continued. "I see some people use it as a marketing tool, and I've always thought that was kind of a cheap stunt. I mean, if they're sincere about it, then you probably do — I shouldn't say probably — you do owe it to a fan base to tell them if you're indeed gonna stop.

"I mean, my natural reaction, I'm the kind of person that I would want to just do it till I can't do it anymore," he added. "And then I'd just stop. You know, one day you just don't go into the office anymore. I don't want a gold watch from anybody for my years of servitude. That's not my thing. But I do think that you would have an obligation to let people know if you were indeed gonna stop. But that's just not my thing. That's not the way I would go about it. Because what do you do when you retire?

"You know, we were fortunate enough — and I say we [as in] anybody who does this for a living — you did it because you would've done it for free anyway, so what's there to stop? If you physically cannot do it anymore, I get that. But you've been blessed to make a living at your hobby, this thing that's been your passion. So why do you want to stop? I mean, I don't."

In a May 2022 interview Meltdown of Detroit's WRIF radio station, Lawless spoke about the status of his long-in-the-works autobiography. He said: "It's taken a whole lot longer than I thought it would, but it's been one of the most fun things I've ever done in my life. It's a tremendous amount of work because there's so many things, over the course of a lifetime, that you forget about, especially when you do what we do for a living. Anybody that does what we do, it's not like the average person out there where you go to work and you do your thing and you get into a routine. And there's nothing wrong with that; it's different.