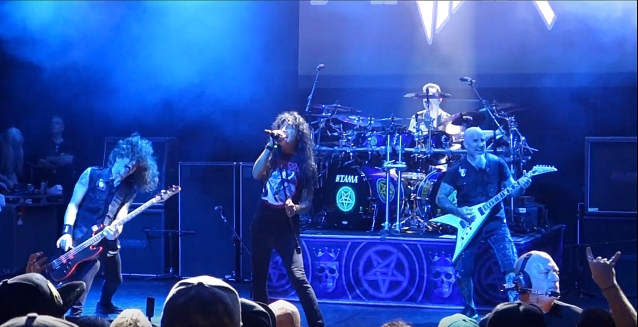 Fan-filmed video footage of ANTHRAX's performance aboard the inaugural Megacruise can be seen below.

Megacruise, hosted by metal veterans MEGADETH, departed from Los Angeles on October 13 on a round-trip voyage to San Diego and Ensenada, Mexico and returned on October 18. The at-sea music experience featured additional performances from QUEENSRŸCHE, SUICIDAL TENDENCIES, DEATH ANGEL, TESTAMENT, DRAGONFORCE, OVERKILL and CORROSION OF CONFORMITY, among others.