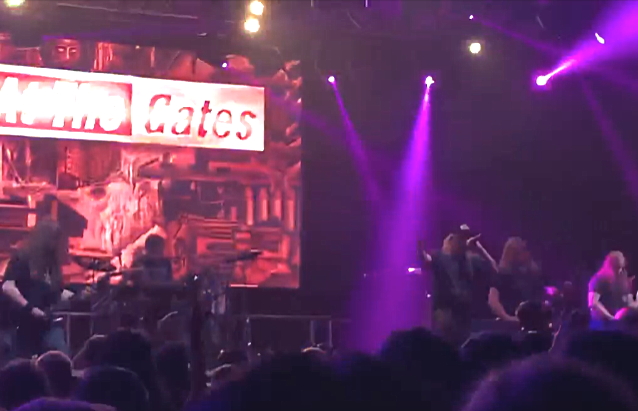 AT THE GATES will next embark on a massive tour across Europe featuring IN FLAMES, IMMINENCE and ORBIT CULTURE between November 12 and December 17.

When Anders's return to AT THE GATES was announced a month ago, vocalist Tomas Lindberg said in a statement: "It is with great pleasure we welcome Anders Björler, one of the founding members, back into the band. We are excited to tell you that we are already starting the work on the follow up to 'The Nightmare Of Being', with the same lineup that wrote 'Terminal Spirit Disease', 'Slaughter Of The Soul' and 'At War with Reality'. Anders's first show back in the band will be Damnation Fest in the U.K., and he will join us on the European tour together with IN FLAMES later this year. Great times! It really feels like a second rebirth of the band, and we are looking forward to this new chapter!"

Anders added: "It feels like coming home for sure. I have been missing the guys, of course, but also playing the guitar, writing music and the artistic creativity in general. I've been watching from the sidelines for a number of years, and I've been very proud of what they have created in my absence. I am really looking forward to writing a new album and getting back to playing live shows again."

AT THE GATES recruited Daniel Martinez (ATHEIST) to play second guitar for the band on its recent North American tour.

AT THE GATES played the whole "Slaughter Of The Soul" LP from start to finish, and also a mix of other tracks from its 30-plus-year career.

In August, AT THE GATES enlisted Patrik Jensen (THE HAUNTED) to play second guitar for the band at several shows, including at this year's Wacken Open Air festival in Wacken, Germany.

Stålhammar joined the band in September 2017 as the replacement for Anders Björler, who left AT THE GATES in March of that year.

Hats off to Gavin McInally, Paul and the rest of the team for an incredible two days - thank you so much!

- 6000 people celebrating the many hues of extreme music together, despite a cost of living crisis, train disruption and covid - truly heartening and testimony to both Gav and co. and the strength of our community

- Immense performances from At The Gates, Pallbearer, MIsery Index, Pig Destroyer, Celeste, Wolves In The Throne Room, Full of Hell and more (my highlights!)

- The loaded fries with pulled pork and cheese sauce 😋

- Converge playing Wolverine Blues with Tompa (I think) looking on

Damnation Festival At The Gates

At The Gates at Damnation Festival 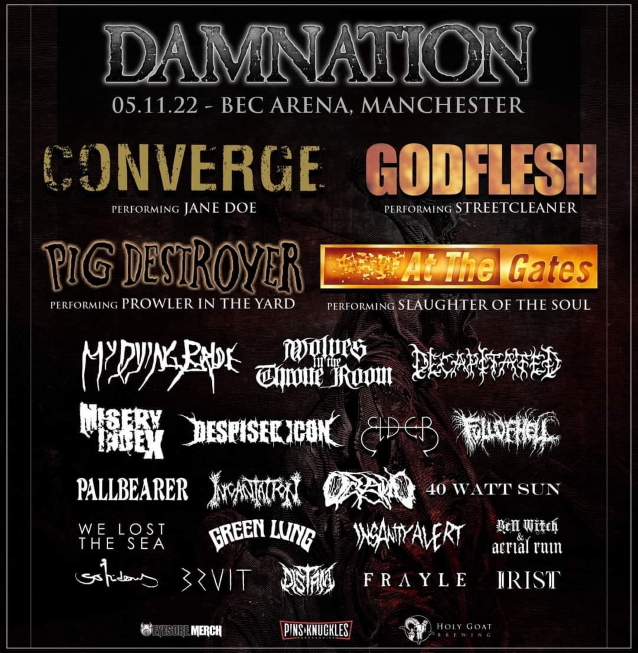