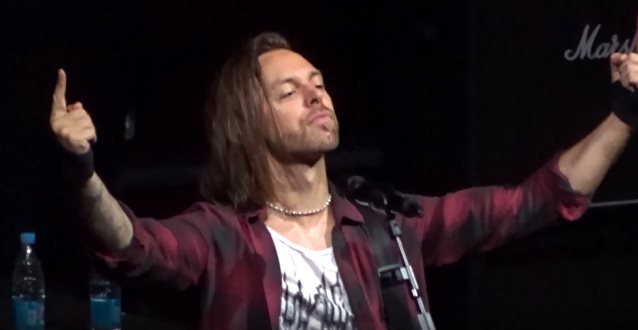 Watch BULLET FOR MY VALENTINE Perform In Moscow

Fan-filmed video footage of BULLET FOR MY VALENTINE's entire August 21 performance at Stadium in Moscow, Russia can be seen below.

BULLET FOR MY VALENTINE guitarist/vocalist Matt Tuck told Metal Master Kingdom in June that the band had "six instrumentals" written for follow-up to 2015's "Venom" album. "Two of them, we've kind of demoed vocals on," he said. "So it's very early days, but early signs are good. We're very excited. And, yeah, I don't know. I can't say any more about it because there isn't anything yet. We're just working our asses off trying to [come up] with something special, as we always do."

Tuck also addressed the absence from the road of longtime BULLET FOR MY VALENTINE drummer Michael "Moose" Thomas, who has not played with the group since early last year when he stepped away to spend time with his wife as they awaited the birth of his first child. He has since been replaced on tour by Jason Bowld (PITCHSHIFTER, AXEWOUND).

Regarding what it's like playing with Bowld, who previously backed Tuck in the AXEWOUND project, Matt said: "It's amazing. He's up there with the best of the world. So to have someone of that caliber behind you, I can't tell you how it feels. It's weird. It's a band thing. He's just an animal."

On the subject of how Moose is doing nowadays, Matt said: "He's doing good, I think. I haven't spoken to him for a while, but I think he's doing good."

When asked if he expects Moose to return to BULLET FOR MY VALENTINE anytime soon, Matt answered simply: "That's a Moose question."

BULLET FOR MY VALENTINE's next album will be released through the band's new label home, Search And Destroy, the imprint launched in 2014 by Spinefarm and international artist management company Raw Power Management.

The band's latest song, "Don't Need You", was released as a standalone single last November.

"Venom" came out in August 2015. The CD marked BULLET FOR MY VALENTINE's first release since the departure of longtime bassist Jason James and addition of Jamie Mathias (formerly of REVOKER). 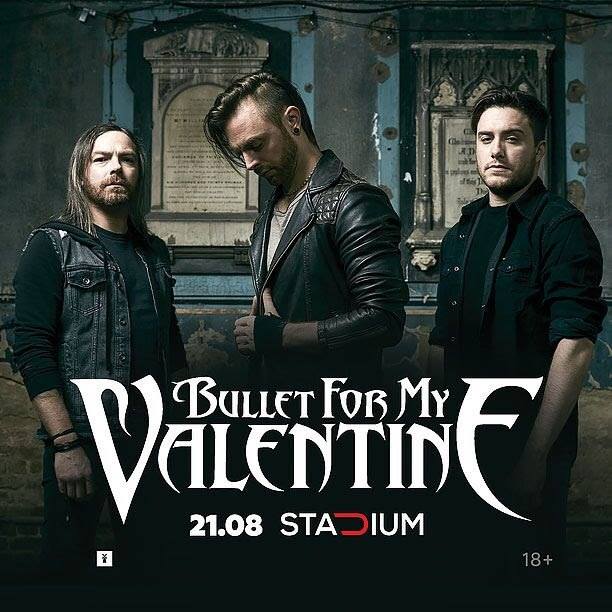