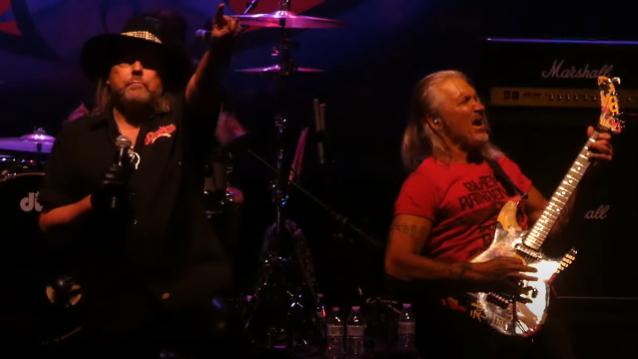 George Lynch rejoined DOKKEN on stage last night (Friday, November 12) at Keswick theater in Glenside, Pennsylvania to perform three of the band's classic songs: "Kiss Of Death", "When Heaven Comes Down" and "Tooth And Nail". Fan-filmed video footage of his appearance can be seen below.

Lynch previously performed with DOKKEN in October in Waukegan, Illinois, in July in Ashland, Virginia and in Moline, Illinois, as well as in early June at the Live United Live Music Festival in Sunbury, Pennsylvania.