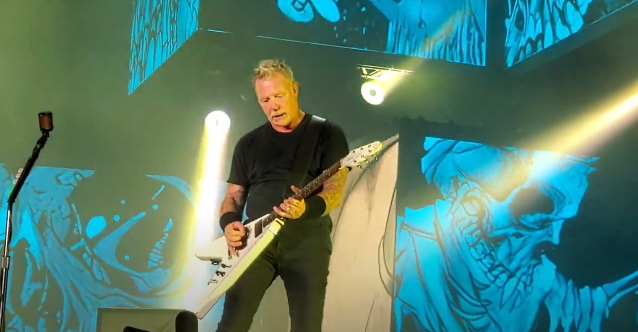 Fan-filmed video footage of METALLICA's November 12 performance at the Welcome To Rockville festival at the Daytona International Speedway in Daytona Beach, Florida can be seen below.

Welcome To Rockville, a four-day rock festival, kicked off its 10th edition on Thursday (November 11) at a new home in Daytona Beach.

METALLICA will play another show at Welcome To Rockville with a different setlist on Sunday, November 14.

Along with two nights of METALLICA, this year's Welcome To Rockville features DISTURBED, SLIPKNOT, A DAY TO REMEMBER, LYNYRD SKYNYRD, LAMB OF GOD, SOCIAL DISTORTION, MASTODON and many others. The event is also being livestreamed on Danny Wimmer Presents's Twitch channel, featuring select performances, interviews and behind-the-scenes content at twitch.tv/DWPresents.