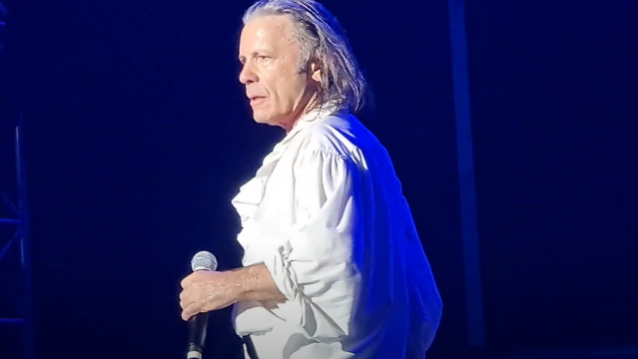 Watch: IRON MAIDEN Performs In Bucharest During 'Legacy Of The Beast' 2022 Tour

British heavy metal legends IRON MAIDEN played the third show of the 2022 leg of their "Legacy Of The Beast" world tour on May 26 at Romexpo in Bucharest, Romania. It marked the band's third live appearance in 31 months.

As was the case with the May 22 concert at the Arena Zagreb in Zagreb, Croatia and the May 24 show in Belgrade, Serbia, MAIDEN opened the set with "Senjutsu", the title track of its latest studio album, and followed it up with two more songs from the same LP, "Stratego" and "The Writing On The Wall".

Prior to the Zagreb concert, IRON MAIDEN hadn't performed live in two and a half years — since the completion of its South American tour in October 2019. 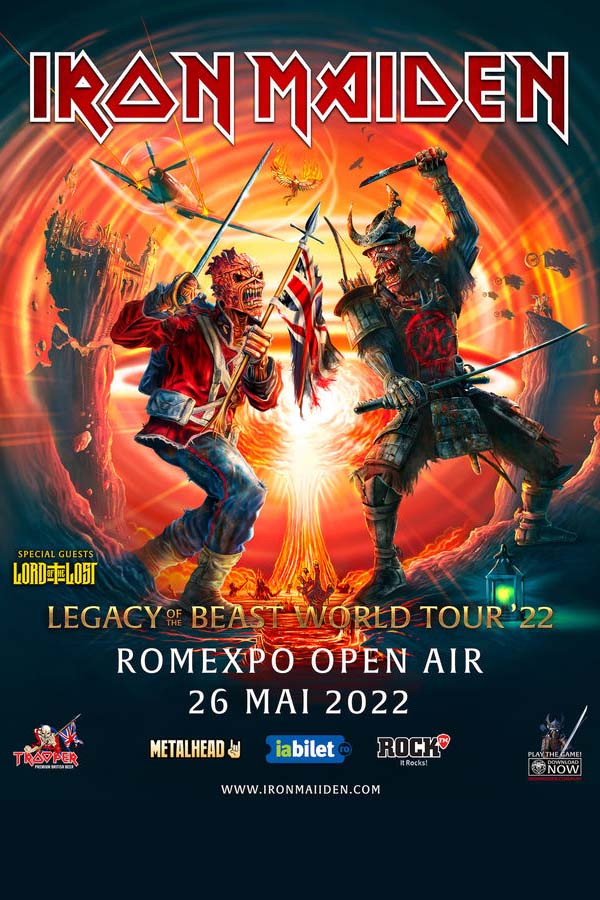