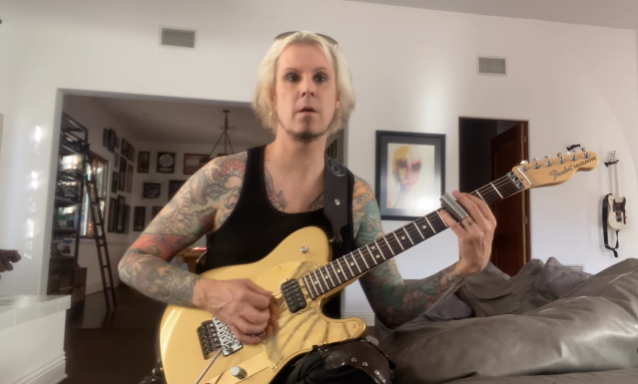 Former ROB ZOMBIE and MARILYN MANSON guitarist John 5 has uploaded a video of him playing along to "Primal Scream", a song from MÖTLEY CRÜE's 1991 greatest-hits compilation "Decade Of Decadence 81-91". The 52-year-old rocker captioned the clip: "OK Kids it's another episode of Motley Mondays. Here's Primal Scream. Hope everybody has a great week. @motleycrue".

In October, MÖTLEY CRÜE's Nikki Sixx praised John 5, saying he "checks all the boxes" as Mick Mars's replacement following the latter's decision to no longer tour with the legendary rock act.