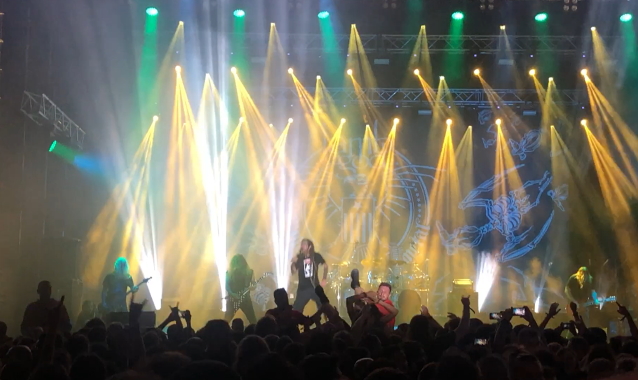 LAMB OF GOD kicked off its summer 2022 European tour on Friday (August 5) at the Rockstadt Extreme Fest in Romania. Fan-filmed video of the concert can be seen below.

Earlier this week, it was announced that former MACHINE HEAD and current VIO-LENCE guitarist Phil Demmel would be filling in for Willie Adler on nearly a dozen European LAMB OF GOD shows this month. Demmel previously stepped in for Adler during LOG's January appearance on the ShipRocked cruise and in May for the Canadian portion of LAMB OF GOD's "The Metal Tour Of The Year" with MEGADETH.

Late Wednesday night (August 3),Adler released the following statement via the LAMB OF GODTwitter: "Hey everyone. I'm thrilled with the love we've been seeing for the two new LAMB songs we've dropped so far.

"I can't wait for everyone to hear the entire 'Omens' album. We're all super proud of it.

"Unfortunately, I wasn't able to make the trip to Europe for the upcoming shows this month, I've got some things that I need to be home for and I appreciate the band supporting my decision.

Although the rest of LAMB OF GOD has not officially commented on Adler's absence from the shows, VIO-LENCE singer Sean Killian revealed in an interview in April that Willie is "not down with doing the vaxx," referring to the COVID-19 vaccine, and is being replaced by Demmel for dates in those countries that still require proof of vaccination from U.S. travelers.

In a February 2022 interview with BLABBERMOUTH.NET, Demmel discussed how he became the go-to fill-in guy for LAMB OF GOD.

"The LAMB OF GOD gig, that was a big deal," he said. "They had approached me before their MEGADETH States tour last summer and wanted me to learn both parts, Mark [Morton] and Willie's, just in case one got sick, they didn't want to cancel their tour. That's where I am: I'm their bullpen guy when one of them can't make the shows, I'm ready to go. It's such a high-profile band. I didn't want to go out there and blow it. I wanted the band to sound good. I wanted to keep that pride in what they are and not have a drop-off. Willie and I play differently. There's different vibrato in our left hand and pinkies. I didn't want there to be a drop-off. I wanted people to be not bummed that he wasn't there. And that's not a slag on Willie. If I went to see one of my favorite bands, let's say QUEENSRŸCHE. I want to see [Chris] DeGarmo, I want to see Michael Wilton. No slight against the other dudes, but they better fucking bring it if they're not going to be out there."

LAMB OF GOD will release its new album, "Omens", on October 7 via Epic Records. 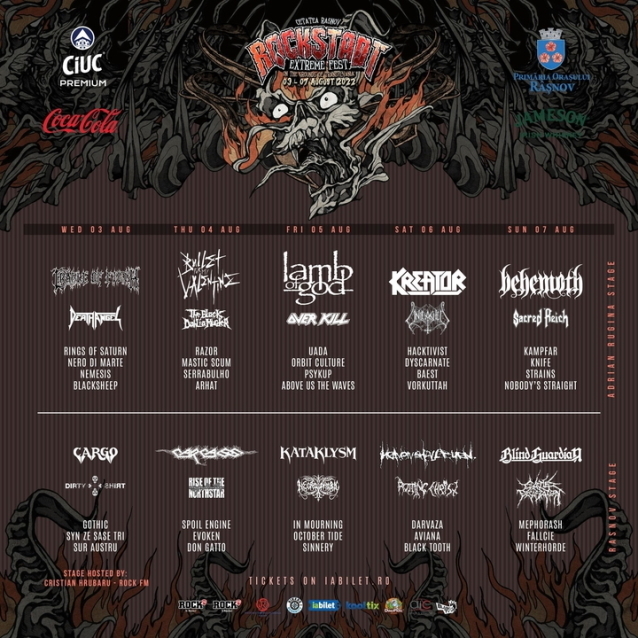