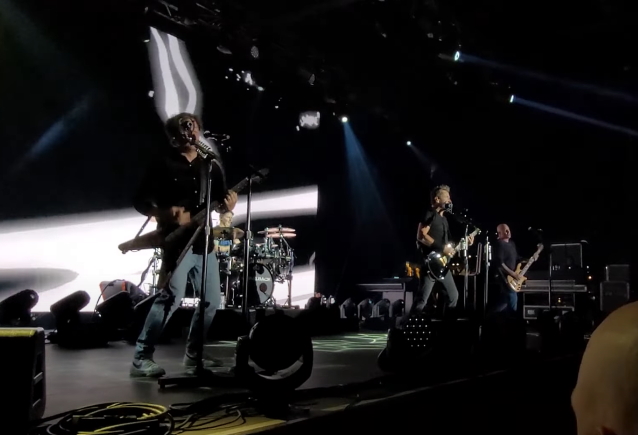 NICKELBACK's setlist for the Toronto show included the first two singles from "Get Rollin'" — "San Quentin" and "Those Days" — as well as hit songs "Photograph", "Someday" and "Rockstar".

The band will play two more shows this week: November 18 at the Starland Ballroom in Sayreville, New Jersey and November 20 at Foxwoods Resort Casino in Mashantucket, Connecticut.

"Get Rollin'" will arrive on November 18 via BMG.

The official music video for "San Quentin" was filmed on August 30 at the Simon Fraser University Convocation Mall in British Columbia. According to CTV News, hundreds of NICKELBACK fans attended the shoot, including one fan who one fan traveled all the way from Edmonton.

"San Quentin" was inspired after frontman Chad Kroeger met a real-life warden from the notorious high security California prison. The song follows the story as he plots his clever escape.

Toronto, thank you so much for having us! We’re off to New York! 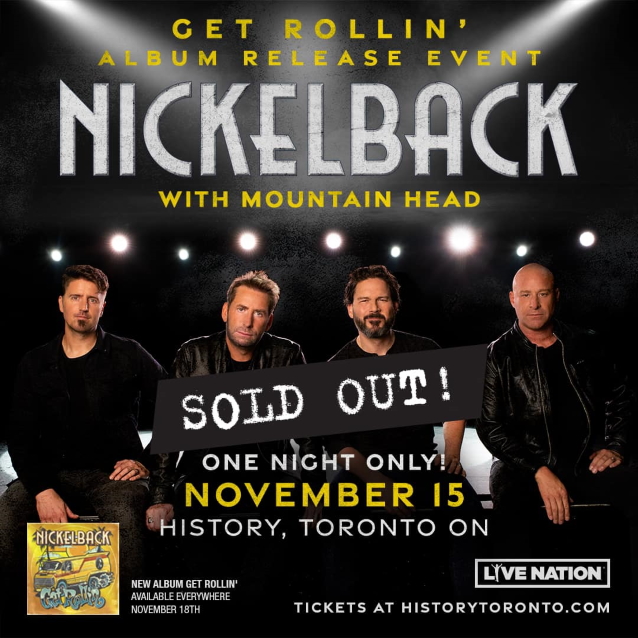