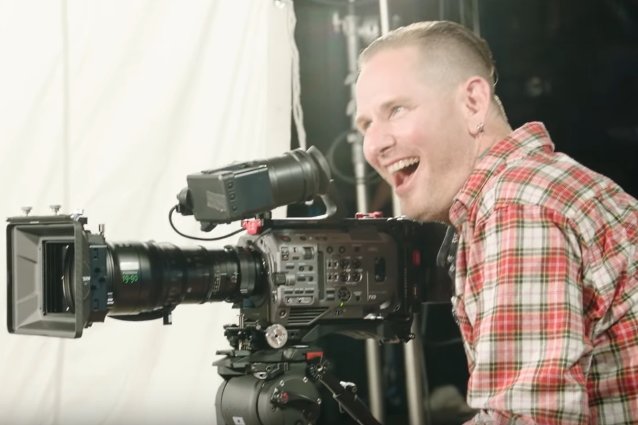 About the visual, Taylor told Bravo's "The Daily Dish": "The video for 'Samantha's Gone' served two purposes: making fun of so-called 'indie rock' bands and getting all my friends together to hang out and have a good time. We all went back and forth between having fun and social distancing. Watching the first 'band' was great, then being fired from our OWN song in favor of STEEL PANTHER was the icing on the cake."

"CMFT" is highlighted by the singles "Culture Head", "HWY 666", "CMFT Must Be Stopped" (featuring Tech N9ne and Kid Bookie), and the Active Rock radio hit "Black Eyes Blue". Taylor also hit No. 1 on Billboard's Hard Rock Songwriters chart following the unprecedented debut of "Black Eyes Blue" and "CMFT Must Be Stopped", the latter of which has racked up more than four million YouTube views for its star-studded music video. Furthermore, Taylor debuted the pummeling "Culture Head" during WWE's NXT broadcast on the USA network, illuminating yet another facet of "CMFT" and showcasing the broad spectrum of this fiery and fearless rock 'n' roll opus, as Taylor touches on lifelong influences ranging from hard rock to classic rock, punk rock to hip-hop. 14-time world champion and EVP of global talent strategy and development at WWE, Triple H, also shared a WWE exclusive performance of Taylor and his band tearing through the MOTÖRHEAD classic "Ace Of Spades".

"CMFT" has been a long time coming for Taylor, with newly written tracks alongside some dating back to his teens. Recorded at The Hideout Recording Studio in Las Vegas with producer Jay Ruston and his band — Christian Martucci (guitar), Zach Throne (guitar), Jason Christopher (bass), and Dustin Schoenhofer (drums) — the album traces a wild and exhilarating roadmap through Taylor's musical psyche.

Taylor will embark on the "CMFTour" next month. The run will kick off on May 18 at The Marquee Backyard in Tempe, Arizona and see Taylor and his band performing for fans socially distanced and following state recommended health guidelines.