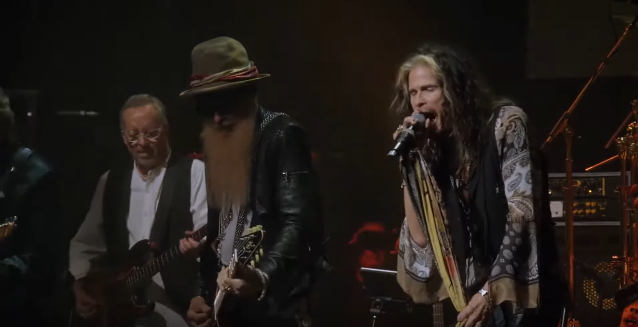 Professionally filmed video of AEROSMITH's Steven Tyler and ZZ TOP's Billy Gibbons performing a cover version of the FLEETWOOD MAC song "Rattlesnake Shake" can be seen below. The footage was filmed on February 25, 2020 — mere days before the first case of COVID-19 was discovered in the United Kingdom, as the ongoing pandemic necessitated the suspension of modern society — at a very special concert at the legendary Palladium in London celebrating the songs of Peter Green and the original incarnation of FLEETWOOD MAC.

The audience at that sold-out show witnessed something unique at what would be the last live concert anyone would attend until further notice. This show also now takes on a particularly poignant meaning, with the unfortunate passing of Peter Green in July 2020.

The players gathered were an all-star cast and all of the musicians present that night had a deep and frequently far-fetched, cosmic connection to the songs.

This music had changed their lives, impelled them to play, and for one of them, inspired the formation of their now very famous band. This music has continued to rouse and arouse, and that night, on the verge of an historically dark and sobering moment in human history, it was given a glorious observance.

Mick Fleetwood, who curated the list of artists performing, said: "The concert was a celebration of those early blues days where we all began, and it's important to recognize the profound impact Peter and the early FLEETWOOD MAC had on the world of music. Peter was my greatest mentor and it gave me such joy to pay tribute to his incredible talent. I was honoured to be sharing the stage with some of the many artists Peter has inspired over the years and who share my great respect for this remarkable musician. 'Then Play On'..."

The incredible one-off celebration was originally scheduled to be screened in March in cinemas across the U.K. but will now arrive on video-on-demand in April, ahead of its Blu-ray, CD and special edition four-LP physical release on April 30 via BMG. 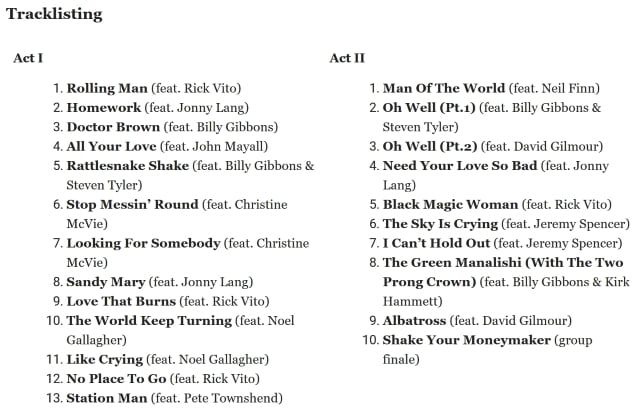 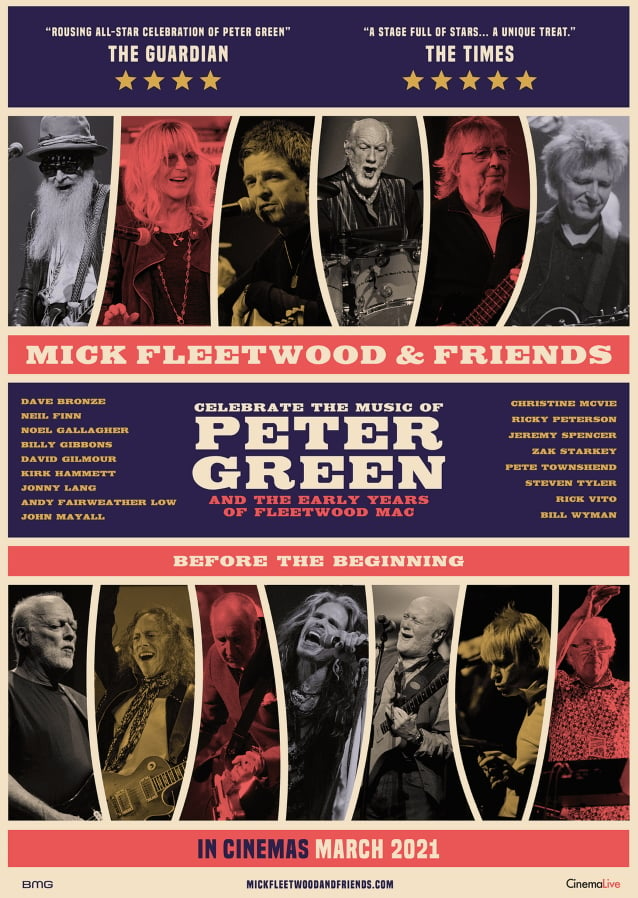