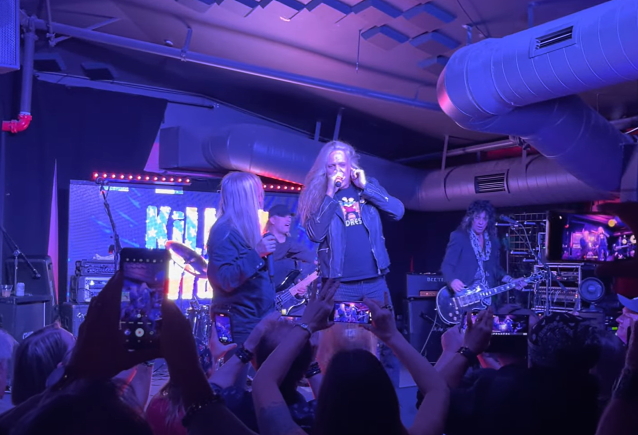 KILLER DWARFS formed in 1981 and quickly gained international success, first in Canada with the band's self-titled debut album in 1983. The breakthrough in the United States came when San Antonio-based radio personality Joe Anthony started spinning their album on a regular basis, much to the delight of hard-rocking Texans. This planted the seeds for what would result in KILLER DWARFS receiving a lot of attention south of Canada's border. A worldwide recording contract with Epic Records eventually landed them an opening spot for IRON MAIDEN's sold-out tour of Great Britain and sharing stages with such acts as DIO and MICHAEL SCHENKER across North America. The band soon received a nomination for Canada's prestigious Juno Award as "Heavy Metal Album Of The Year".

KILLER DWARFS came to an end in 1995, save for a reunion tour in 2001. In 2002, the KILLER DWARFS released a live album called "Reunion Of Scribes: Live 2001" before disbanding once again. The band reformed one more time in 2013 for the release of the "Start @ One" album featuring the lineup of Russell Dwarf, Darrell Dwarf, Gerry Dwarf and new bassist Johnny "Dwarf" Fenton.

In 2018 KILLER DWARFS signed a record deal with David Ellefson's EMP Label Group. A live record, "Live No Guff!", was released in April of that year. 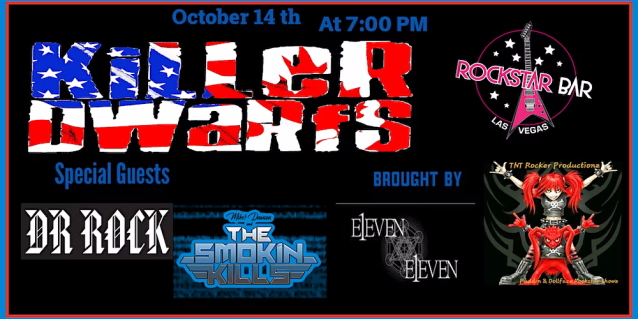