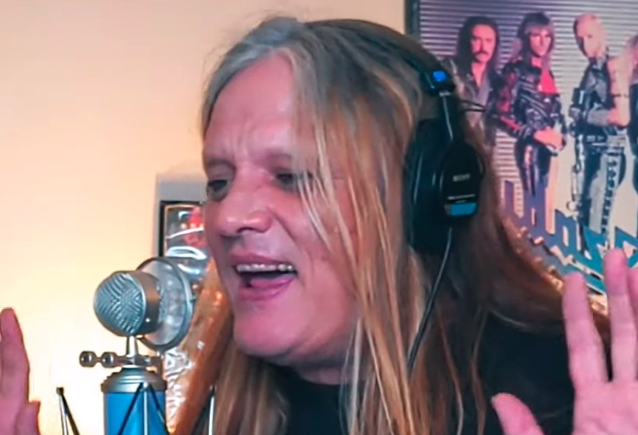 Sebastian Bach has uploaded a video of him singing along to the JUDAS PRIEST song "Solar Angels", which originally appeared on the band's "Point Of Entry" album.

In a statement accompanying the YouTube release of the video, the former SKID ROW frontman wrote: "Happy belated birthday to Mr Rob Halford - absolutely cannot wait for your book 'I Confess' later this month! Lord knows we have time to read books and I can't think of one I'd rather read than yours! I am going to sing a song with you here. This is one of my favorites from 'Point Of Entry', thank you for a lifetime of inspiration!"

In a 2014 interview with Classic Rock Revisited, Bach said that he uses JOURNEY and JUDAS PRIEST albums to prepare for a tour. "I sing along to JUDAS PRIEST records because of Rob Halford," he said. "Those high notes that I am known for…I can only really find those on a couple of records."

SKID ROW's 1992 EP "B-Side Ourselves" included a cover version of the PRIEST classic "Delivering The Goods" with a special guest appearance by Halford.