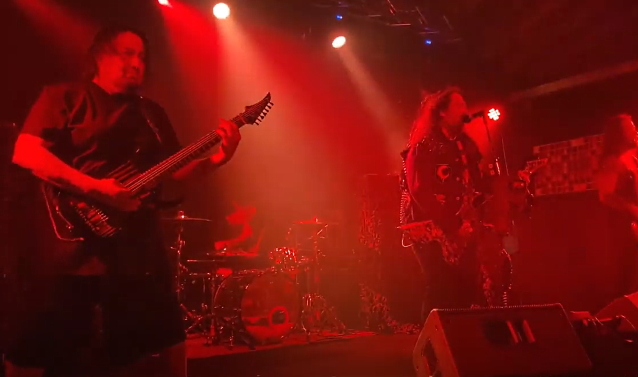 Fan-filmed video footage of SOULFLY performing two brand new songs, "Superstition" and "Filth Upon Filth", on February 14 at Cornerstone in Berkeley, California can be seen below.

Max Cavalera and his bandmates have spent the last few months working on the follow-up to 2018's "Ritual" at Platinum Underground in Phoenix, Arizona with producer Arthur Rizk, who has previously worked with CAVALERA CONSPIRACY, POWER TRIP and CODE ORANGE.

Last summer, the Brazilian-born musician told Chris Annunziata of "The Metal Teddy Bear Experience" show, which airs on the 90.3 WMSC radio station, about the upcoming SOULFLY disc: "We're still tracking. It's a little bit of a long process. Because of COVID and everything, it had to be done a little bit differently. Actually, we're gonna play one song called 'Filth Upon Filth' on this tour. It's a killer song. It reminds me of old SLAYER; it sounds like SLAYER 'Hell Awaits' era meets SOULFLY, which is always a good thing… So people do get a taste of the new record, which I think is amazing — to be able to give them a taste."

Last April, Max told Chris Enriquez of Saint Vitus Presents: Age Of Quarantine that Rizk took the new SOULFLY project "super seriously. He said, 'Hey, Max, I don't wanna do just another SOULFLY record. I wanna do the bestSOULFLY record,'" he recalled. 'I was, like, 'All right. I take the challenge. Let's do it, man.'"

In August, SOULFLY parted ways with longtime guitarist Marc Rizzo due to personal differences. A permanent replacement guitarist has yet to be announced. FEAR FACTORY's Dino Cazares played guitar for SOULFLY on the summer 2021 U.S. tour and is once again handling second-guitar duties on the band's current run of shows. 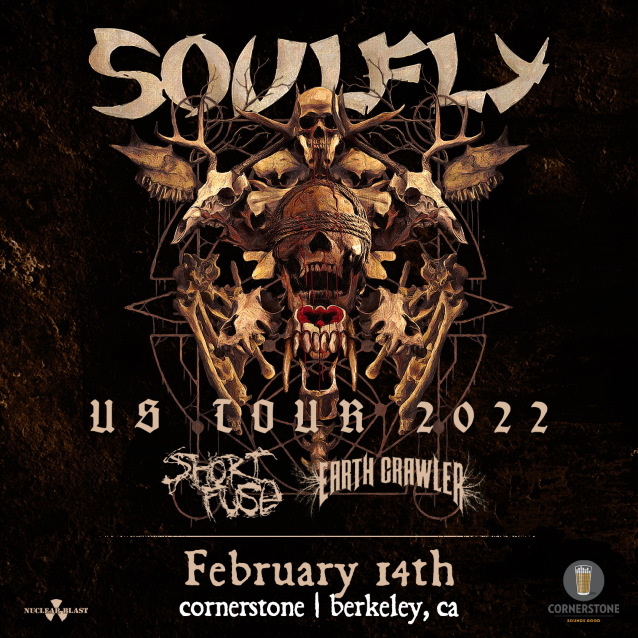