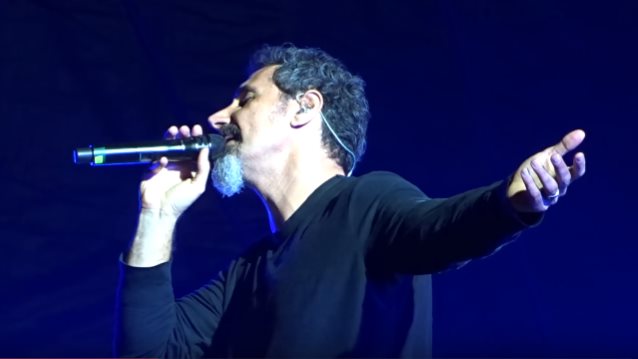 Fan-filmed video footage of SYSTEM OF A DOWN's entire July 5 concert at Park Live in Moscow, Russia can be seen below (courtesy of YouTube user Shocker 999).

SYSTEM OF A DOWN bassist Shavo Odadjian said in a video question-and-answer session with fans that a new album from the band is not coming any time soon. He explained in the video: "I'm waiting for a new album too. It's not happening. I don't know. I don't know when it's gonna be. Not right now."

Odadjian's disappointing response comes despite drummer John Dolmayan revealing in a 2016 interview with Kerrang! magazine that the group had written more than a dozen new songs for a possible follow-up to its last-full length studio efforts, "Mezmerize" and "Hypnotize", which came out in 2005.

The band went on hiatus in the fall of that year, although they have toured most summers since 2011.

Odadjian said in 2015 that the members of SYSTEM had new music written, although nothing came of it at that time either. Nonetheless he told The Pulse Of Radio a while back that he could never envision SYSTEM going away permanently. "We're brothers, man, we'll take bullets for each other. So it's like, you kind of miss each other after a while and you, one guy makes the first move, then another starts making phone calls... This is a juggernaut, man. SYSTEM OF A DOWN is my lifeline. It'll never go away."

Singer Serj Tankian — long speculated to be the holdout on recording — not long ago said that a new album was not on the radar. "As far as a SYSTEM record, there's nothing in the plans right now," he said. "It's something that we'll do down the line when it's the right time. I've got a lot of stuff going on right now on my own, and trying to get all those releases out and work on them. But we've really been enjoying playing together on tour and having a blast, and I think our performance is actually better than it's ever been in our heyday." 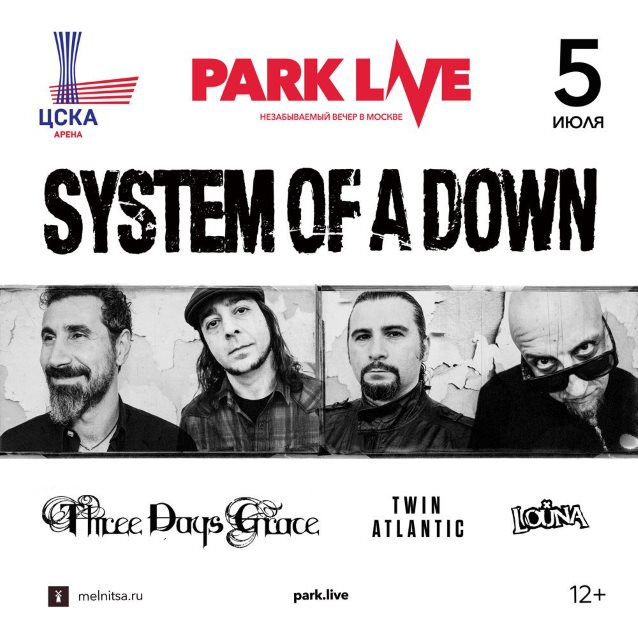