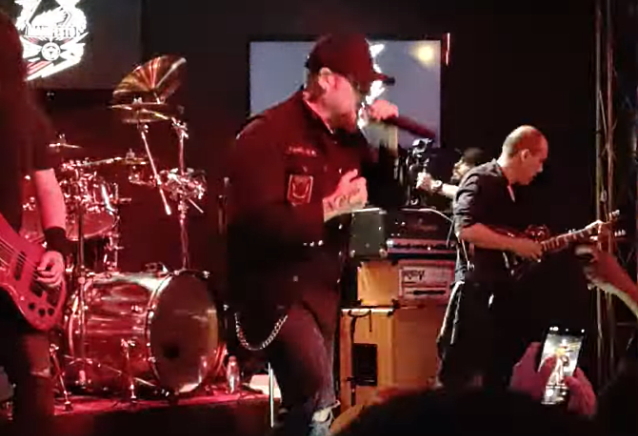 Fan-filmed video of former JUDAS PRIEST singer Tim "Ripper" Owens's July 2 performance at Manifesto in São Paulo, Brazil can be seen below. Owens's set included the song "Hellfire Thunderbolt" from KK'S PRIEST, his new band with founding PRIEST guitarist K.K. Downing, which has yet to play its first live show.

Owens joined PRIEST in 1996 after being discovered when the band's drummer, Scott Travis, was given a videotape of him performing with the PRIEST cover act BRITISH STEEL. JUDAS PRIEST at the time was seeking a replacement for Rob Halford. He recorded two studio albums with the band — 1997's "Jugulator" and 2001's "Demolition" — before PRIEST reunited with Halford in 2003.

Last September, Owens spoke to Couch Riffs about the "cheesiness" factor that is present in much of the lyrical content in heavy metal, including in KK'S PRIEST. He said: "Sometimes I'll go, 'Ah, God. I've gotta sing that' or 'I've gotta do that.' But you have to add that to it because you still have those people and we still listen to that stuff and we still do it. JUDAS PRIEST, you look at that band, and not everybody in the band is in their 70s now, but there's 70-something-year-old grown men up there in those leather outfits. And some people go, 'Oh my God.' Well, but that's JUDAS PRIEST.

"You know what, though? Cheesiness, it doesn't bother me because cheese got me nominated for a Grammy and pays my bills," he continued. "But it's not a bad cheesy. I mean, all music is. You look at rap music, and how cheesy is that, in their way, where they're throwing money around and they're wearing these outfits.

"What I said about heavy metal, which is cool, we can write about anything. Sometimes it's cheesy.

"The weirdest thing is we got attacked for KK'S [PRIEST] stuff: '[The song] 'Brothers Of The Road', that's cheesy. That's so cheesy. Cliché, terrible lyrics.' I'm, like, how is it terrible lyrics? It's about brothers on the road who are rocking.

"Listen, writing about dungeons and dragons is cheesy to me; writing about brothers of the road isn't cheesy," Tim added. "But everybody looks at it different, and that's kind of it. But I look at all these musical genres, and there's cheesiness in all of it. It's just what it is.

"Listen, I record a lot of songs now. When COVID hit, that's how I made my living. I got really lucky. All of a sudden, I started recording songs for people all over the world every day in my studio at the house, and some of 'em can't get any cheesier. I mean, some of 'em are just as cheesy as they come. Some of 'em talk about sex and taking the women. And I'm, like, 'Oh my God. I'm 54 years old, and I'm talking about taking some girl home to my room, and we're gonna do it.' I'm, like, 'Oh…' I remember going to my girlfriend and going, 'Check these lyrics out.' But I'm, like, 'Well, they're gonna pay me to do it, so I'm gonna do it.'" 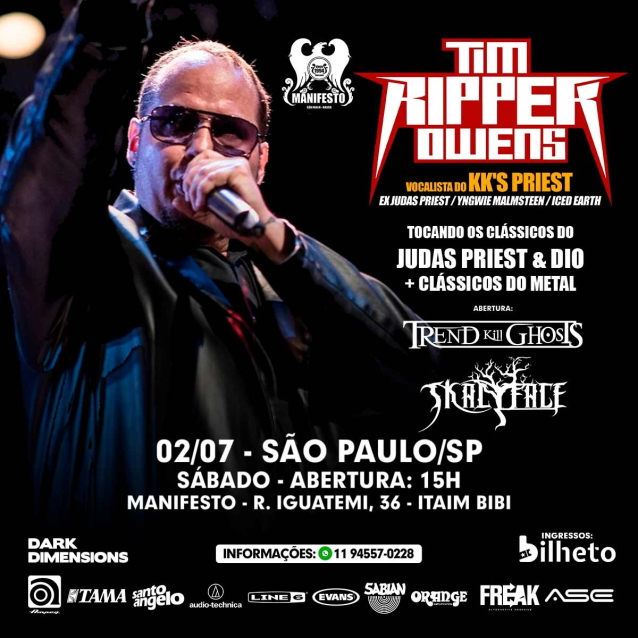