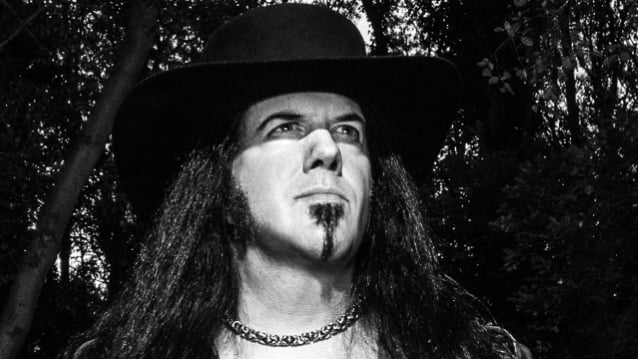 Why Was Tampa Such A Breeding Ground For Death Metal In Late 1980s And Early 1990s? DAVID VINCENT Weighs In

In a new interview with Brazil's KazaGastão, former MORBID ANGEL frontman David Vincent spoke about the fact that the city of Tampa is still considered by some to be the unofficial capital of American death metal. Asked if there is anything special about the Florida town that makes it such a breeding ground for the most extreme subgenre of heavy metal, David responded (as transcribed by BLABBERMOUTH.NET): "Well, I don't think so. What happened was [legendary recording studio] Morrisound Studios was there. It's almost like people think that there's something in the water; there's not. People romanticize all kinds of stuff, they say, 'Oh, man, maybe I can go to a bar and I can see MORBID ANGEL and OBITUARY and ATHEIST and all these people at the same place. We were all friends, but it's not like you go to one place and it's like a clearing house for extreme music. Morrisound Studios recorded a number of these records, MORBID ANGEL among them, and it just kind of got known as a hub for this kind of stuff. I don't think it has anything to do with the city; I think it just has to do with — happenstance."

In the late 1980s and early 1990s, the suburbs of Tampa Bay and Orlando became the first death metal "hotspot" and produced such bands as DEATH, MORBID ANGEL, OBITUARY, DEICIDE and CANNIBAL CORPSE (which migrated to Tampa from their native Buffalo).

MORBID ANGEL is widely acknowledged to have one of the best-selling death metal album of all time, 1993's "Covenant", which has shifted more than 130,000 copies in the United States.

Morrisound, a recording studio established in Tampa in 1981, had been used by countless metal bands over the years, including SEPULTURA, DEATH, ICED EARTH, DEICIDE, OBITUARY, CANNIBAL CORPSE and MALEVOLENT CREATION.

Vincent is currently the frontman of I AM MORBID, in which he is joined by fellow ex-MORBID ANGEL member Pedro "Pete" Sandoval (drums),and guitarists Bill Hudson (NORTHTALE, DORO) and Richie Brown (EXMORTUS, THE ABSENCE, TRIVIUM).

I AM MORBID's spring 2022 European tour marked the first time Sandoval and Vincent played together in 12 years.