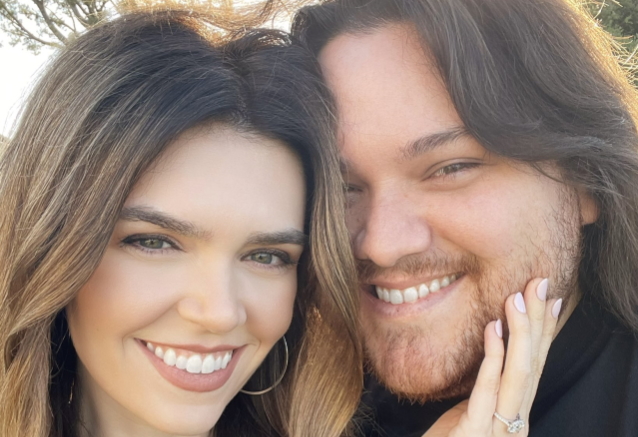 Wolfgang broke the news of the engagement in tweet on Wednesday (July 6). "She said yes!!" he captioned a selfie of himself and his fiancée.

Andraia and Wolfgang, who have been a couple since December 2015, attended the 64th annual Grammy Awards together in April.

Allsop reportedly graduated from the University of Utah with a Bachelor's degree in computer science, and went on to work as a software engineer.

Last year, Wolfgang spoke to People magazine about his tight-knit relationship with his mother Valerie Bertinelli and how the grief following the death of his father brought them even closer together.

"My girlfriend and I pretty much go over to my mom's house every day to see her and play with her cats that we love," he said.

"I think a lot of people don't understand how sarcastic our relationship is," he added about his mother. "One time, she burnt onion rings. And it's like, she has a cooking show, so I just made fun of her for it. I asked her if I could post it. We get in GIF battles all the time on Twitter. Sarcasm is a language, And that's how we communicate."