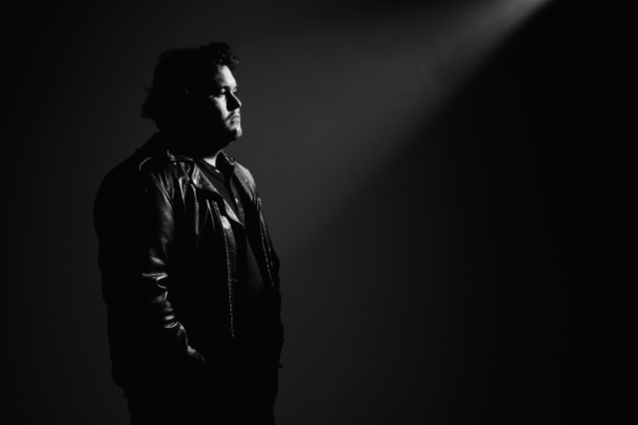 WOLFGANG VAN HALEN Is 'Excited' And 'Nervous' About Performing On 'Jimmy Kimmel Live!'

Earlier this week, Wolfgang Van Halen joined CHOM 97 7's Terry DiMonte on the CHOM phone to talk about his current project, MAMMOTH WVH, his musical influences and his upcoming appearance on "Jimmy Kimmel Live!" You can now listen to the chat at this location.

Asked if he is nervous about performing on the long-running late-night talk show, Wolfgang said: "I'm nervous. [I feel] a whole bunch of emotions. I'm excited. I'm nervous. The last time I played a show was with my dad, so there's a lot of swirling emotions."

"Jimmy Kimmel Live!" airs every weeknight at 11:35 p.m. and features a diverse lineup of guests that include celebrities, athletes, musical acts, comedians and human interest subjects, along with comedy bits and a house band.

For the "Jimmy Kimmel Live!" appearance on February 11, MAMMOTH WVH is expected perform its recently released first single, "Distance". Wolfgang wrote the song while his late father, legendary VAN HALEN guitarist Eddie Van Halen, battled cancer, "imagining what my life would be without him, and how terribly I'd miss him," as Wolfgang explained in a statement.

Wolfgang played every instrument and sang each and every note on the MAMMOTH WVH LP, which is tentatively due this spring via Explorer1 Music Group/EX1 Records. The group's touring lineup will feature Wolfgang on guitar and lead vocals, Frank Sidoris (SLASH FEATURING MYLES KENNEDY AND THE CONSPIRATORS) on guitar, Garrett Whitlock (TREMONTI) on drums, and Ronnie Ficarro on bass.