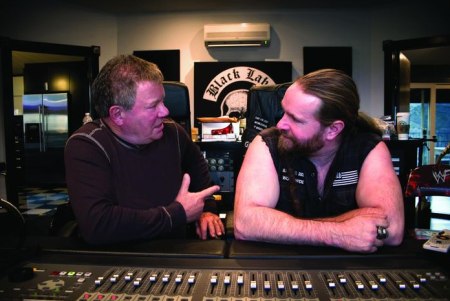 Last week veteran actor William Shatner teamed up with guitar legend Zakk Wylde at Wylde's studio, The Black Label Bunker, to lay down tracks for a cover of BLACK SABBATH's classic "Iron Man". The song will appear on Shatner's upcoming album, "Seeking Major Tom", which features a collection of sci-fi, space-themed songs. The album is due out on Cleopatra Records later this year.

Of Wylde, Shatner commented, "He's fantastic! I'm energized." Wylde was thrilled to have the opportunity to work with Shatner and added, "He's super cool, we had an awesome time working together."