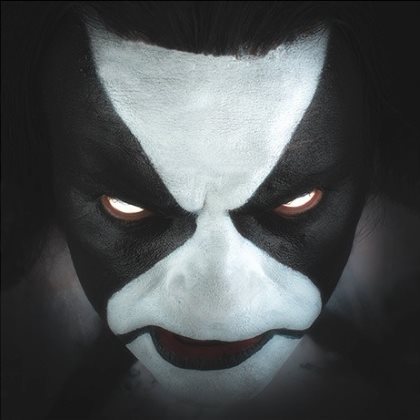 Olve Eikemo isn't a familiar name to metalheads, but his pseudonym Abbath, short for Abbath Doom Occulta, has been known globally by extreme metal enthusiasts for more than 20 years for his work with IMMORTAL. Even further back, Abbath was cutting his teeth on dark American death metal-inspired bands with Old Funeral, which included Varg Vikernes at one point, and Amputation. IMMORTAL, then, followed Euronymous's sage-like guidance and influence like many others did in the burgeoning Norwegian black metal scene. The band's music helped pave the way for the second wave of black metal and the majority of black metal-influenced music today.

IMMORTAL progressively incorporated aspects of traditional heavy metal in terms of structure and tempo in the late nineties, a path Abbath carried forward into his 2006 project I. Following his 2015 departure from IMMORTAL, that triumphant old-school heavy metal essence has snowballed forth with his eponymous new band. Where his music was once traditional heavy metal-influenced black metal, it's morphed into something that some hardline black metal purists may scoff at. However, it's a robust and confident take on modern heavy metal rooted in the black metal energy that's seemingly inextricable from Abbath as an artist. He has indeed followed the trajectory engineered by his career's development. There are no left turns or surprises with his latest release, which isn't a bad thing. ABBATH, the band and its music, proves to be reliable rather than predictable.

Opener "To War! " sets the course with a shamelessly epic heavy metal intro, triumphant and inspiring in tone. "Winterbane" follows with a heavy, marching attack that eases with tempo breaks, a vibrant acoustic guitar passage and, while it's not the greatest "singing", Abbath changes up his vocal delivery with a coarse, Lemmy-like snarl that suits the song's tail end. In case there was any doubt, Abbath certainly hasn't forgotten his roots. Shades of Immortal's full-throttle classic "Blizzard Beasts" are visible within the blasting power of tracks like "Fenrir Hunts" and album closer "Eternal".

The mysterious nature of Norwegian black metal is long gone due to an abundance of media exposure. Unlike many of the band's peers, Abbath and the gentlemen of IMMORTAL never did focus on overtly nihilistic or misanthropic philosophies. The band has always been driven by fantasy, which logically translates into its visual aesthetics. These have been perceived by some as absurd and unintentionally comical, while they've been revered by others, contributing to an almost KISS-like rock show appeal. Regarding the band ABBATH, it seems that while you can take the artist Abbath out of Immortal, you can't take the Immortal out of Abbath.