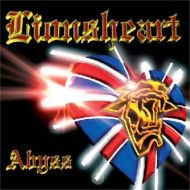 Solid. Sturdy. Workmanlike. These are three adjectives you could apply to many British NWOBHM/melodic rock acts and albums through the ages, and if LIONSHEART frontman Steve Grimmett hasn't hit the heights amidst such a misfiring scene, he's at least spread himself right across it by appearing in demon-obsessed metallers GRIM REAPER, ONSLAUGHT, and since the mid-Nineties the most "commercially-minded" of those bands, LIONSHEART.

Notice that we didn't stretch to words such as "spectacular," "mind-blowing" or "awesome" in that opening line, and that's because, in truth, you always feel slightly short-changed by the output of many of these very British institutions (the album cover art here manages again to work in a recurring Union jack theme). And "Abyss" certainly isn't going to alter that perception.

Several years on from their previous album, "Under Fire", the performance on this, their fourth album, is much as it ever was — and if we may repeat ourselves: Solid. Sturdy. Workmanlike. But maybe it isn't enough that opener "Screaming" is simply a likeable display of galloping guitars, or that "Save Me", with its underlying stroll onto the bluesy side of rock is merely not bad, or that dark power-ballad, "I Need Love", strums all the right chords without really managing to even tweak at your heartstrings.

At a push, perhaps "All I Got" and "Witchcraft" fare more favorably because they lean more towards the thrusting, mid-paced end of the rock spectrum. Otherwise, "Abyss" often walks that fine line between perfectly acceptable musical technique and being just, well, half-decent. Even though principal figure Grimmett has a longer history within his genre than perhaps Fred Durst could ever hope to have in his — a few million dollars of royalties notwithstanding — he still arguably hasn't mastered the art of making his music overall shoot off fireworks. That said, if there's any part of "Abyss" that actually attempts to any degree to light the blue touch paper, it's the voice of Grimmett. Contrary to what underground hard rock aficionados might have you believe, he doesn't possess the exquisite pipes of a particularly raw-throated angel — but does know how to maneuver himself on the likes of "I'm Alive" to at least lend the whole affair a bit more character and variation.

Maybe time has caught up with this type of rock, and if Grimmett isn't prepared to resort to something vaguely radical at some point, he may find himself left behind with a reputation that albums such as "Abyss" never quite managed to live up to.