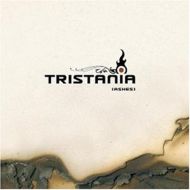 With the success of EVANESCENCE, NIGHTWISH and LACUNA COIL, pretty much any band with some Eurotrash tendencies and a sultry chick in a flowing dress is gonna get a second look from the world at large. But give TRISTANIA some credit — they've been at this for a while, back when this sub-genre of goth-metal was a barely-tolerated cult fetish among a few fey longhairs ordering imports from the Napalm Records catalog. Retooled after a long absence, TRISTANIA now boasts three singers (!) and a sound somewhere between electro-plated post-black-metal and more traditional, doomy, depressive goth — leaning a bit too heavily toward the latter for my tastes.

While "Libre" features slick, urgent riffs and a driving beat, with harsh male vocals at the forefront, "Equilibrium" and "Endoensisis" jettison that sound almost entirely for a heap of romantic pretension. The lion's share of these songs feature a baritone male singer and the heavy-lidded crooning and soaring choruses of Vibeke Stene. She's a little less bombastic than NIGHTWISH's Tarja Turunen, but she can still carry on in that operatic vein when she needs to. Musically, a lot of "Ashes" is staid and sedate, to the point of plodding on occasion, with a lot of slow ballads that are heavy on atmosphere, perhaps even too much so. There's still some blackened filth to be had (see "The Wretched"),but on the languid, piano-driven "Cure", it's all rainy gothic gloom. TRISTANIA do this sort of thing well, to be sure, but it may be a little too sodden and sprinkled in faerie dust for the average metalhead to delve into. Then again, a lot of us like THE GATHERING…

"Circus" showcases all three vocalists well, and maintains a horror show camp vibe. "Shadowman" is arguably the best of the slow songs, with a driving guitar part and a slow build that would slot next to ANATHEMA or KATATONIA on a suicide case's mix tape. "Endogenisis" occasionally recalls the much more interesting ORPHANAGE (a band that's missed the boat entirely on this whole Gregorian-metal revival, for reasons I don't understand),and seems like it's building up to something interesting, right up until it fades out with no payoff.

All in all, there's just something hard to love about "Ashes" — maybe it's just this uniformly slow tempo giving me a stuffy, prissy, standoffish vibe, as much as I respect the playing and performances. They've got the atmosphere down cold — but it might do TRISTANIA well to amp up the intensity a little next time, or inject a little more individuality into these maudlin, soggy songs. If nothing else, at least let the black metal guy shriek a little more!