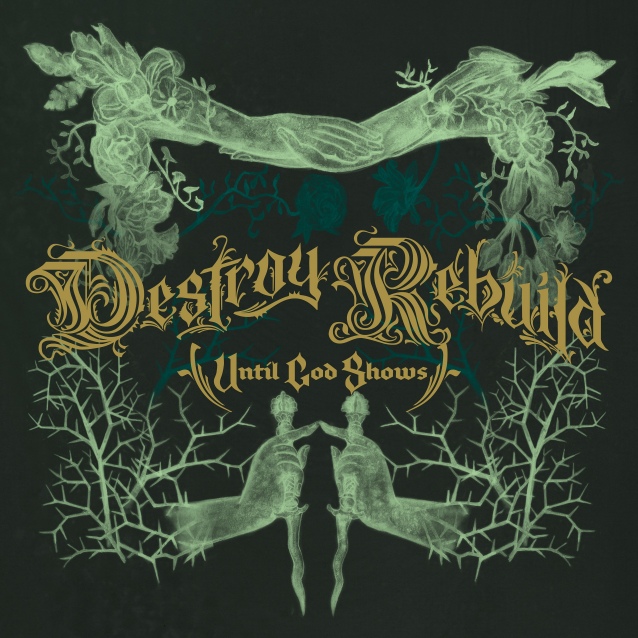 More than a decade after the band's self-titled debut release, DESTROY REBUILD UNTIL GOD SHOWS (D.R.U.G.S.) have returned as if they had never left. Post-hardcore scene legend Craig Owens (vocals, ex-CHIODOS) shows no signs of atrophy; his voice soars as magnificently as ever, and he still has a knack for coming up with odd, cheeky song titles. Produced by the also legendary Howard Benson (MY CHEMICAL ROMANCE, THE ALL-AMERICAN REJECTS, THE STARTING LINE),  "Destroy Rebuild" is exactly what one would expect to come from the union of two such icons: an invigorating combination of raw talent, fierce attitude and rock solid song structure.

The album kicks off with one of the record's best and heaviest songs. "DESTINY" quakes with passion, accenting infectious, melodic choruses with well-placed screams; and rumbling guitars with mysterious twinkling sounds. The incredible energy emanating from this track spans the length of the record. Yet while there is a heavy undercurrent to the record, the real focus is on spectacularly written choruses that showcase Owens's unparalleled vocal abilities. "Brighter Side" is an excellent example of this. The vocal layering of verse and chorus at the end of "Supgercalifragilisticexistentialcrisis" is also brilliant, and really, that's exactly what every artist is looking for when they work with this producer.  (After all, Benson is the guy who taught MCR how to write a chorus.)

"Outcasts VS Everyone"  ft. Brennan Savage is a rallying, you're-not-alone song written for the fans, with sympathetic lyrics like, "If you're feeling lost then come with us." "(Are we not drawn onward to) NEW ERA" embodies D.R.U.G.S. ' unique brand of alternative post-hardcore, with its shifting rhythms and vocal patterns. On the other hand, "The Longest Road" follows a new direction, beginning slowly with a minimalistic approach, then building to a full band effort, and ultimately returning to a soft, vocal-only confessional: "If I keep on doing that same old shit / That same old shit / I won't get better." There are other ballad-like moments on the record, however, that can sound a bit cheesy, like the verses in "What's the Code for Heaven's Gate?" and the second half of the closing track, "The Arm". But other than that, there isn't much to criticize.

All in all, "Destroy Rebuild" is an impressive return for a band that had all but faded to memory. Hopefully they stick around this time.