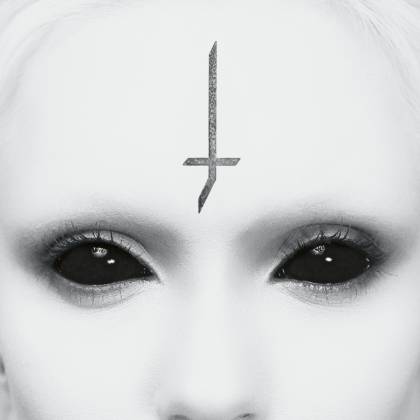 LORD OF THE LOST

If you're going to be a gothic metal band, with all the attention to detail and mascara that such things entail, you might as well do it properly. At this point in time, LORD OF THE LOST are well established as the absolute epitome of contemporary gothic metal, such is their all-encompassing and eminently grandiose sound, which nearly always arrives with giant tunes attached. But even by their own sumptuous standards, "Judas" is something of an embarrassment of gloomy riches.

The German band have grown as songwriters and sonic explorers over the years, and this opulent double set is instantly recognisable as their biggest and most imperious sounding record yet. As ever, the songs are ridiculously catchy too. The album's first half would have made for a remarkably concise and memorable album in itself, thanks to tearful but tumultuous singalongs like "For They Know Not What They Do", "Born with a Broken Heart" and the genuinely thrilling "Euphoria". Elsewhere, heavier tones and darker hues creep in on the unsettling but crunchy "Be Still and Know" and the strings-drenched "The Death Of All Colours". If you have ever enjoyed the likes of MOONSPELL in experimental mode, RAMMSTEIN or THEATRES DES VAMPIRES (and assuming you're new to this LORD OF THE LOST business),this could easily be an entry point into the world of your new favourite band. It all sounds massive, richly layered and immaculate, with no gothic box left unticked, right down to the wall of "This Corrosion"-style choral vocals that erupts at pertinent moments.

The only obvious downside to "Judas" is its size. One might have expected the second half of the album to offer a few surprises or detours from the LORD OF THE LOST formula, but in reality, it offers another 12 gleaming goth-metal anthems, exhibiting varying degrees of dynamic finesse along the way but without anything particularly radical or weird to interrupt the smooth flow of sombre melodies. As great as it often is, 24 songs and two hours of this stuff just seems excessive. Diehard fans will be beside themselves with joy, of course, and there are definitely some career highlights included here, not least the sweeping melancholy of "And It Was Night". But for the yet-to-be-converted, a selective, smaller dose might be advisable.