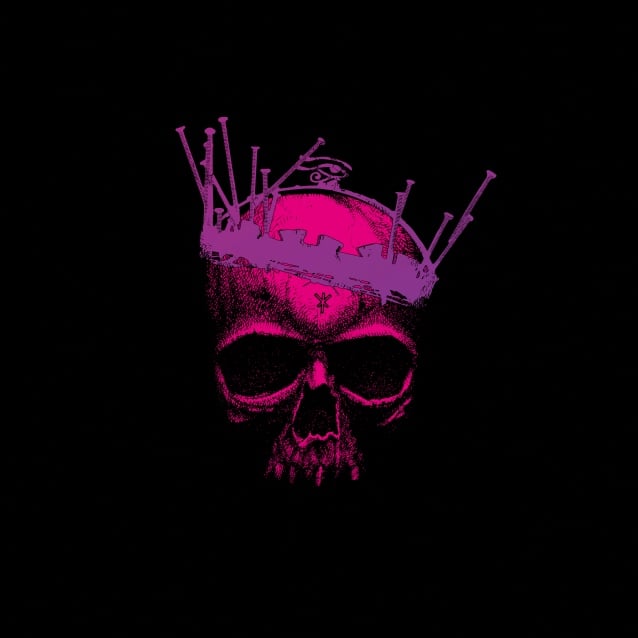 Let's Hear It For The King

A moderately terrifying 34 years have passed since DAN REED NETWORK released their breakthrough debut album. The anomalous nature of the band's music — hard-edged funk rock with refined pop sensibilities — ensured that despite several great records, the Network never quite chimed with the mainstream. Nonetheless, records like 1989's "Slam" and its near-flawless follow-up "The Heat" (1991) ensured that Reed, whether with the Network or not, has maintained a huge and loyal following ever since. The third DRN album since 2012's full reunion, "Let's Hear It For The King" is going to keep the diehards very happy, while also being full of insanely catchy songs that, in a less deranged world, could easily be monster hits. He has, to put it mildly, still got it.

The essence of this band's music remains largely unchanged from those early albums, but contemporary production and perhaps a little dash of fuck-it-why-not defiance have led them to make the most diverse record of their careers. Always led by Reed's soulful rasp, permanently hovering between laidback and intense, these songs switch elegantly from strutting pop-rock ("Pretty Karma") to brooding alt-rock ("The Ghost Inside"), and on to a thunderous but streamlined blend of AC/DC stomp and ZZ TOP throb ("Starlight").

It was always apparent that DAN REED NETWORK were big fans of PRINCE, and while there are fewer overt nods to the Purple One here than on either of the first two albums, it is the same, eclectic approach to supposedly straight-ahead rock songwriting that makes "Let's Hear It For The King" seem like much more than just chords, choruses and a slick sound. An obvious standout, "Supernova" is a strident funk-metal anthem, with more sass than seems strictly fair, and Reed's effortless falsetto front and center dripping with enough swagger and swing to make Lenny Kravitz hang his head in shame. Possibly. "Supernova" is followed by the title track, a stuttering art rock freakout with belching bass and a disarming detour into twinkly eyed dream pop. "Homegrown" is another gem that blends summery blues with a hip-hop groove and a deeply charming chorus; "Just Might Get It" nods to both grinding industrial rock and bright, power-pop harmonies, with Reed's friendly words of warning simmering in the foreground.

There are occasional missteps, too. "I See Angels" is a fey and corny AOR ballad, with inexcusable panpipe intrusions. But since "Let's Hear It For The King" is one song too long anyway, one minor blip barely seems to matter. For anyone that loved DAN REED NETWORK's first flurry of activity, their second wind seems to be transporting them to places of equal, if not greater, interest. If it's a funky, feelgood album for the summer of 2022 that you want, look no further.