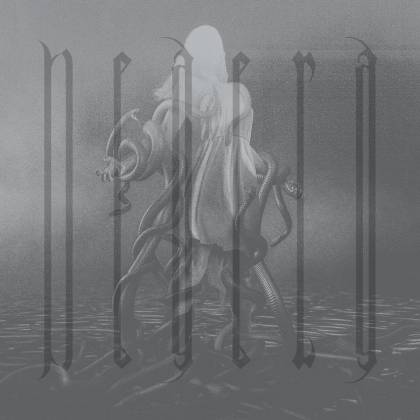 Near legends in their German homeland but largely unknown outside of Europe, NEAERA have arguably suffered for being far too heavy and vicious for their own good. While plenty of other bands peddle a similar blend of pumped-up melo-death and gleaming metalcore hooks, the Münster crew have always sounded ten times more pissed off and much more likely to kick your front door down while brandishing an AK-47. Or at least that's what their music sounds like. Doubtless NEAERA are lovely people, but after a three-year hiatus, the band's back with its resolute original line-up, delivering the most intense and unrelenting record of their career to date, and sounding seriously incensed about just about everything.

Not a huge amount has changed since the band's 2013 album "Ours Is The Storm": after the traditional atmospheric intro, "Catalyst" arrives like a brick through your window, all riff-guns blazing and vocalist Benjamin Hilleke screaming like a man possessed. There's an almost BOLT THROWER-like density to the riffing here, but NEAERA are students of Swedish death metal and technical thrash, with hardcore sensibilities simmering beneath these songs' state-of-the-art sheen. Perhaps weirdly, the resultant hybrid has never sounded more distinctive, or more defiantly metallic, than it does today.

With frequent hints of windswept melancholy, most notably amid the warped old school-isms of "False Shepherds" and "Sunset of Mankind", NEAERA have allowed a little evolutionary fervor to consume them this time around, but progress hasn't led to a diminishing of the band's defining fury. "Rid the Earth of the Human Virus" is a fairly self-explanatory assertion of the Germans' worldview, and the song more than matches the sentiment, pound for bloody pound. Elsewhere, "Resurrection of Wrath" whips up a cyclone of Bay Area gallop and Stockholm swagger, with an epic, melodic pay off seeping through a thick fog of distortion and an undercurrent of slithering doom. "Torchbearer" is a balls-to-the-wall, four-minute, super-violent circle pit waiting to happen. The rest slays every bit as hard as NEAERA fans will demand and expect, but don't sit on the sidelines if you've never had the pleasure. "Neaera" is the perfect entry point for these admirably destructive unsung heroes.