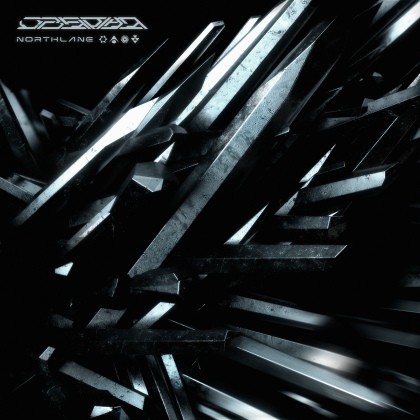 NORTHLANE's self-recorded, self-produced record "Obsidian" is a musical grab bag from which all sorts of genres emerge. The Australian 4-piece that began as a metalcore outfit with ambient tones has morphed into a much more electronic and alt-pop focused band. While there are still plenty of unclean vocals and rapid-fire drum fills to be found on their sixth album, many of these songs would serve a better purpose at a rave or a nightclub.

That's fine for the listener who's into a little bit of everything, but when fusing such different genres together, the key to success is flow. The reason FALLING IN REVERSE can genre bend so well, for instance, is that there is a cohesive progression between the various elements; from rap to metalcore to pop hooks, there is a melodic throughline that connects them all. Conversely, NORTHLANE's "Obsidian" is rather disjointed.

"Xen", for instance, is an almost 6-minute track that alternates between dissonant chords with screaming vocals, a U2-sounding chorus, and soft electronica, finally ending with a shoegaze outro. Each segment sounds fine, but they feel very separate. Part of what contributes to this feeling of disconnectedness is the band's use of choppy guitars, like in "Is This A Test" and "Cypher", which inherently interrupts flow. On the other hand, "Nova" flows quite nicely, but one has to question the consistency of putting this COLDPLAY-esque song on the same album as the metalcore-influenced title track.

In the end, "Obsidian" is a highly experimental record that sounds like a mishmash of the members' favorite genres. A little more finesse in the songwriting would have made it more palatable and given it a greater sense of direction.