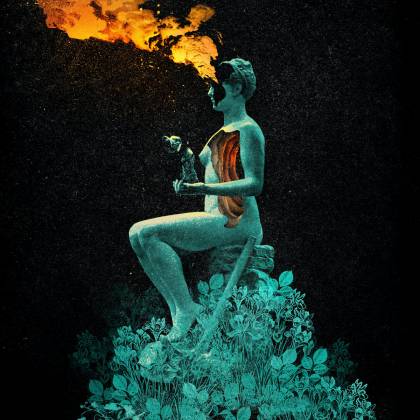 Order Of The Mind

Although there have been times when it has felt like major labels are congenitally predisposed to signing as many shitty metalcore bands as possible, common sense does occasionally prevail in the metal mainstream. Despite a weirdly shrug-worthy name (it sounds like it might mean something, but not something interesting enough for anyone to investigate),IRIST are very much the real deal, an exhilarating breath of fresh air and a timely reminder that you only need to exhibit a small amount of original thought to immediately stand apart from the unimaginative, cookie-cutter hordes.

If you're well-schooled in the last 30 years of metal, "Order Of The Mind" isn't going to blow your mind, but it will give you an adrenaline rush worth savoring. In mainstream terms, this is ferociously distinctive stuff: yes, it's obvious that IRIST are familiar with GOJIRA, but then isn't it about time that mainstream metal bands started ripping off someone good for once?

There's a big chunk of ballsy post-hardcore lurking here too — a dash of QUICKSAND's understated yearning, a healthy dose of WILL HAVEN's lurch 'n' batter approach — but these songs don't seem to fit into any handy category. Vocalist Rodrigo Carvalho's scabrous roar and haunting clean vocals fit every mood and texture perfectly, and when hooks do bubble to the surface of these churning riff maelstroms, they never quite deliver the expected. "Creation" is particularly thrilling: a non-stop avalanche of octopoid tom-thumping and serrated-edge riffing that powers forward with momentum, energy and — most importantly — real swing. In essence, IRIST are 21st-century groove metal revolutionaries, and this is a thoroughly admirable and robust opening statement. You can take your pick from opener "Eons", the bleak "Dead Prayers" or the title track's explosive noise rock tech-burst for this debut's most obvious peak, but there's no filler here, just the sound of modern metal getting its shit together again and a really great new band with a collective hard-on for progress.