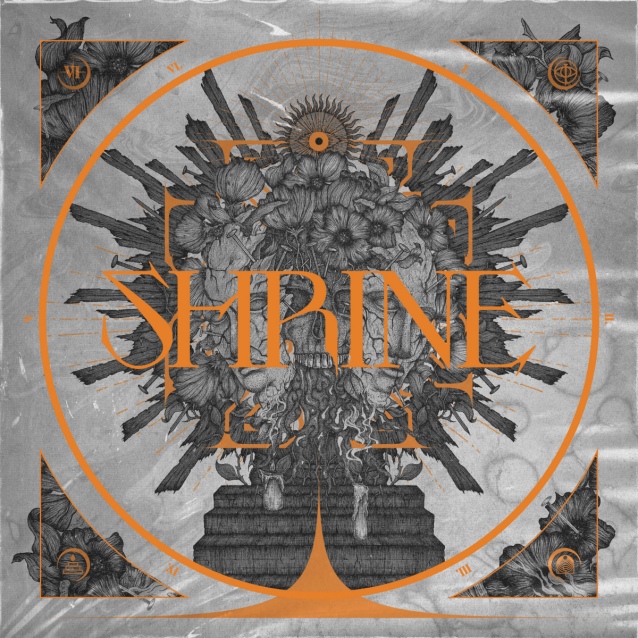 Formed at the height of the metalcore boom, BLEED FROM WITHIN always had the look of major contenders about them. That it has taken until now for the Scottish crew to live up to that promise says more about the metal world in general than it does about the quality of their music, not least because BLEED FROM WITHIN have made steady and impressive progress as a creative force, with each successive album revealing greater depths and sharper songwriting than the one before. That said, 2020's "Fracture" was a definite turning point. Releasing into the uncertain void of widespread lockdowns, it garnered the most ecstatic reviews of their career so far, and deservedly so. Denied the chance to tour the record properly, BLEED FROM WITHIN did the decent thing and simply moved on to the next creative challenge, buoyed by much evidence that, at last, victory was imminent.

In fact, "Shrine" is so good that it's a victory in and of itself. There have been occasional moments in BLEED FROM WITHIN's recorded past that arguably strayed too close to formulaic metalcore box-ticking, but that part of the band's sound is long gone and what remains is highly distinctive, dense with giant hooks and noticeably heavier than anything the Scots have done before.

It all comes together on opener "I Am Damnation". Originally released as a single in 2021, its blend of lumbering, KORN-like riffing, haughty gothic grandeur and rousing, raw-voiced hooks provided a fairly definitive statement about where BLEED FROM WITHIN were heading. "Shrine" absolutely backs up that promise, both in terms of the ingenuity of the songwriting and, perhaps more importantly, through an overall atmosphere of bullish authority. As diverse as this record is, every bit of it thrums with supreme confidence. From the more brutal and straight-ahead likes of "Sovereign" and "Invisible Enemy" through to the sophisticated blend of anthemic, orchestral pomp and brutal churn that makes "Levitate" sound inexorably destined to be heard in massive arenas, everything has benefitted from the time and space to craft these songs into perfect little snapshots of a band clicking into a higher gear. One peculiar peak on an album full of them, "Flesh And Stone" is genuinely extraordinary: an avalanche of slow-motion sledgehammer riffs, eerie atmospherics and bloodied blasting evolving in real time toward a monolithic, grandstanding finish, with frontman Scott Kennedy bellowing desperate threats from the heart of the melee. It may be the finest moment in BLEED FROM WITHIN's career to date, although "Stand Down" comes a close second for being so absurdly circle-pit friendly that you may wish to secure your furniture before you listen to it at home. That applies to the rest of "Shrine", too. BLEED FROM WITHIN have made their own luck and delivered a modern metal master class.