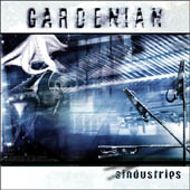 While not nearly as revered as fellow Swedes IN FLAMES, GARDENIAN were responsible for issuing one of the top albums of 1999 in the shape of Soulburner, a melodic death metal fan's delight that still stands as one of the genre's finest moments to date. Surprisingly, that album's critical acclaim didn't prevent the group from altering the formula on its recently-released follow-up, with GARDENIAN guitarist Jim Kjell having taken over the melodic lead vocals from the ex-ARTCH singer Eric Hawk and the band having switched recording studios from Gothenburg's Fredman Studios to Peter Tagtren's Abyss facility for their latest effort.

In musical terms, GARDENIAN are still very much true to the so-called "Gothenburg sound", and there are plenty of twin-guitar harmonies that possess a distinctly latter-day-CARCASS feel about them, with much of Kjell's aggressive vocals coming straight out of the early ENTOMBED school of gargling. To Jim's credit, however, he never allows his undeniable vocal limitations to be a handicap, and he manages to intersperse his standard death metal growling with enough melodic passages and high-pitched, Tomas Lindberg-style screams to match the songs' instrumental textures, in the process providing the material with the kind of dynamics that are rarely heard in bands of this ilk.

As one would expect, GARDENIAN's riff-packed approach is quite an earful, and the band's songwriting style requires a couple of listens before it can be fully appreciated. This notwithstanding, Sindustries is an excellent effort that easily stands alongside IN FLAMES' Clayman as the melodic death metal release of the last few years.