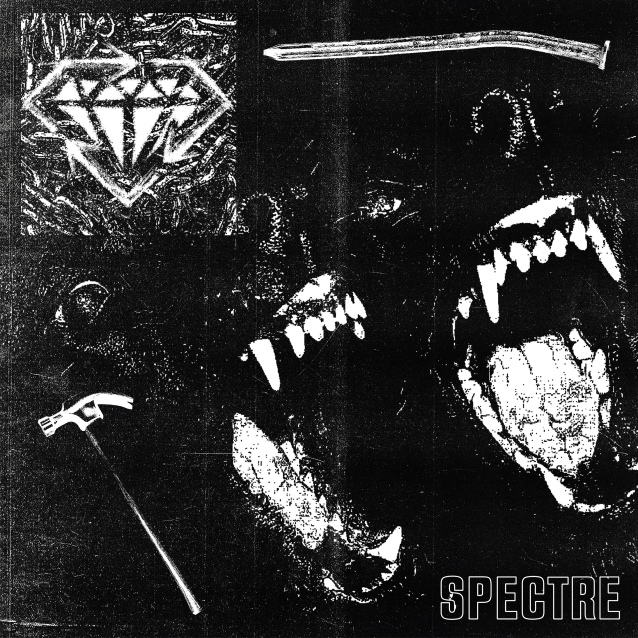 STICK TO YOUR GUNS

Whenever a band comes out with a monumental release, there is always one question that remains: Where will they go from here? STICK TO YOUR GUNS' 2015 album "Disobedient" was that kind of record. It was quite nearly matched by the hardcore outfit's 2017 follow up, "True View". With that much creative output, it's understandable that they'd wait five years before releasing another record. That record is "Spectre". So, was it worth the wait?

While there are moments of transformation within the California band's latest installment, the record as a whole isn't transformational. Of course, that doesn't mean it's a bad record. If someone has never listened to STYG before and this is their first introduction, it will probably blow their mind. But knowing what has come before, "Spectre" isn't as exciting as it could be.

"Weapon" and "A World To Win" are stylistically similar to STYG's previous material, but lack a sense of newfound inspiration. The band throw down with "Hush", reminding everyone that they are indeed a force to be reckoned with in the hardcore scene. But here, too, it's not fiercely, uniquely STYG. "More Of Us Than Them" builds up well, but ultimately there's no watershed moment.

"Open Up My Head", however, does what its title suggests and uncovers a new aspect of the band's sound. It has a more relaxed pace than their usual music, as well as that aloof yet defiant quality of grunge. It's simple, catchy and earnest. "The Shine" is equally interesting, and finally gets at what the other songs missed. It's profound, haunting and hard-hitting. It is here where the album's title — and its purpose — reveals itself: "I feel wind changing direction / A spectre haunts me in the night."

If the record had more songs like these, it would be a different ball game. These tracks scratch the surface of what may be a new phase for STYG. Is every song on "Spectre" a new sensation? No, but they are still one of the best contemporary hardcore bands.