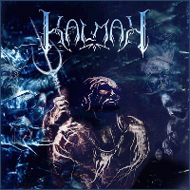 With a sense of timing as immaculate as that of an Olympic rower, Finland's KALMAH pitch an album into the mixer that, given the right push, could well leap onto the flamboyant coat-tails of the Scandinavian invasion that's currently sweeping both sides of Atlantic with ever increasing fervor.

Admittedly, revamping the blueprint marked out by the introspective harmonics of IN FLAMES, crossed with the heads-down riffage of CHILDREN OF BODOM, is something that KALMAH don't seem to be in any great hurry to do. But what they have succeeded in achieving with "Swampsong" is to fall comfortably into the slipstream of the aforementioned acts, where you can give "Swampsong" a spin and not feel as if you're being short-changed with some kind of inferior CHILDREN OF IN FLAMES-lite.

As instrumental histrionics go, KALMAH could never be considered backwards in going forwards. Great flourishes of keyboards blanket the showy "Cloned Insanity", which smacks of DARK TRANQUILLITY REALLY letting rip. "Bird Of Ill Omen" starts off as it means to go on with a finger-frazzling riff, before pitching everything in but the kitchen sink. Elsewhere, "Burbot's Revenge" unveils the albums sole blast beat, which doesn't overstay its welcome and avoids sticking out like the proverbial sore thumb.

The answer to whether "Swampsong" comes anywhere near being a classic, though, is an unhesitant "no." And that's purely because, by default, it's debatable whether any album within this new fangled wave of Scando-metal has scaled those dizzy heights as yet. That said, you can be comforted by the assurance that there are more great things to come from these flighty Finns. [Download the track "Heroes To Us"here]