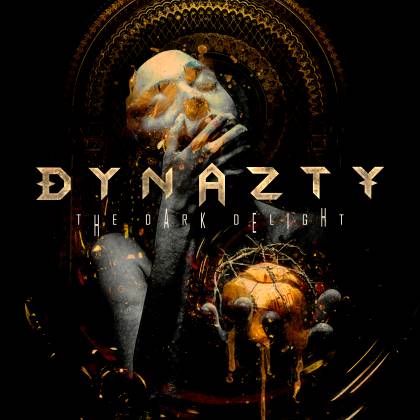 When the first riff kicks in, moments into opener "Presence Of Mind", it's obvious that DYNAZTY are punching with considerably more weight behind them than most of their power metal peers. Still a fairly low-key concern at this point, the Swedes have been honing their crunchy, streamlined take on melodic metal since 2009, and this is their seventh full-length album, so you might argue that any potential breakthrough moments will have been and gone. But then you grasp the sheer quality of the songs on this thing, and suddenly DYNAZTY look a lot like genuine contenders. One key factor is the presence of vocalist Nils Molin: now better known as a member of AMARANTHE, it's his distinctive, gutsy and soulful voice that gives even the corniest of choruses a big wallop of authority.

Fortunately, we are firmly at the non-corny end of the power metal spectrum here, so think THUNDERSTONE, TAD MOROSE and NOCTURNAL RITES, rather than anything more willfully overblown or fantasy based. There's a definite symphonic streak plastered across some of these songs, too; most notably the irresistibly punchy "Paradise Of The Architect" and the dark and lovelorn "Hologram". But the overall impression is of a seriously powerful and muscular heavy metal band with a very clear vision and a plentiful supply of wide-eyed, sugary choruses that might even cheer you up a bit. Guitarists Love Magnusson and Mike Lavér shine throughout, but it's during the heavier moments — the electronically augmented "From Sound To Silence"; the PANTERA-saluting "Threading The Needle"; the folk-tinged and epic "The Man And The Elements" — that the duo's shared chemistry is most apparent, not to mention their subtle blending of melodic death metal shades into an otherwise pristine spiritually-old-but-sonically-new school collage.

Damn it, this is a seriously uplifting metal record. Not every trad or power metal band has the songwriting skills to conjure an album's worth of songs that each hold their own identity. Even fewer are those who can tinker with the genre's blueprint without jumping the steel shark. But "The Dark Delight" is a simply world-class piece of work from some unsung heroes of modern Scandinavian metal. Blast it while the sun shines.